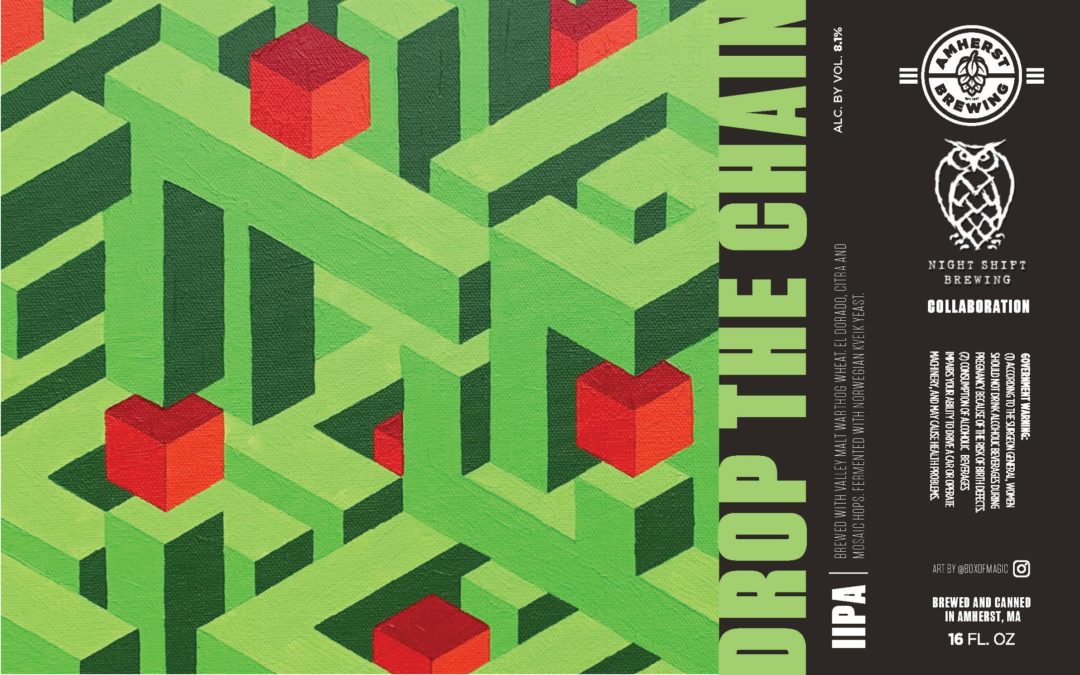 The two Massachusetts breweries have joined forces to create a hazy, unique and insanely tropical IPA

PRESS RELEASE / September 18, 2019 (AMHERST, MA) – Amherst Brewing and Night Shift Brewing have joined forces to brew another IPA using an ancient Norwegian yeast. Drop the Chain was brewed for The Great Mass Collab, a beer fest happening in Worcester on September 21st. The beer will debut there and will be available at Amherst Brewing on draft and in 16oz cans the following week. Amherst Brewing is located at The Hangar Pub and Grill at 10 University Drive in Amherst, MA. 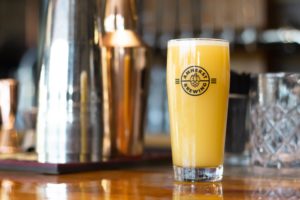 Drop the Chain is a Double IPA at 8.1% abv and was brewed with oats and Valley Malt Warthog Wheat. Valley Malt is located in Hadley, MA and sources locally grown wheat that is then processed into malt for beer making. Drop the Chain was fermented with Norwegian Kveik yeast, an ancient farmhouse yeast that has recently gained some traction with American Craft Brewers. The yeast is best when fermented at very warm temperatures but doesn’t create the traditional farmhouse flavors associated with high temperatures. Instead, fruity esters are brought out which complement the fruit-forward hops used in today’s IPAs. Drop the Chain was hopped with Mosaic, Citra, Citra Lupulin Powder and El Dorado hops.

Amherst Brewing worked with Dalton Brown (@boxofmagic on Instagram) to design the beer can label. Dalton is a painter based in The Berkshires of Western Massachusetts. There will be a small number of cans available for purchase in Amherst on May 21st.