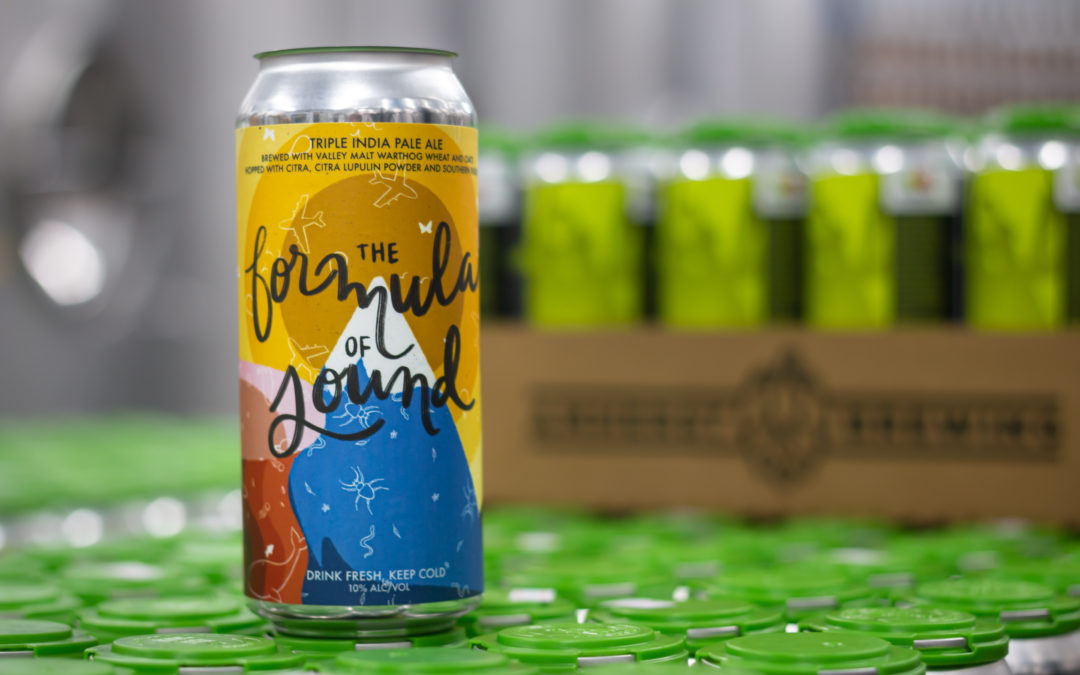 The Massachusetts and New Hampshire breweries have joined forces to create a hazy, high gravity and insanely tropical IPA

PRESS RELEASE / May 17, 2019 (AMHERST, MA) – Amherst Brewing and Branch and Blade Brewing have joined forces to brew an IPA that pushes each breweries limit of flavor and intensity. The Formula of Sound will be released in Amherst on Tuesday May 21 at 11:30am. 16oz cans will be available for purchase in the front cooler and this 10% Triple IPA will be available on draft. Amherst Brewing is located at The Hangar Pub and Grill at 10 University Drive in Amherst, MA.

The Formula of Sound is a reference to an Emily Dickinson poem. Amherst Brewing has worked with The Emily Dickinson Museum located in Amherst on beers in the past. Branch and Blade are fans of her work and it was a perfect fit. 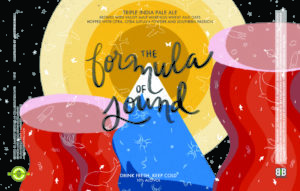 The Formula of Sound is a Triple IPA at 10% abv and was brewed with oats and Valley Malt Warthog Wheat. Valley Malt is located in Hadley, MA and sources locally grown wheat that is then processed into malt for beer making. The Formula of Sound was hopped with a blend of Citra, Citra Lupulin Powder and the South African hop Southern Passion.

Amherst Brewing worked with Kristen Girard to design the beer can label. Kristen works with Branch and Blade on their can labels. There will be a small number of cans available for purchase in Amherst on May 21st.

In addition to The Formula of Sound, these two breweries also brewed a beer at Branch and Blade in Keene. That beer will be released in the coming weeks and will be sold by Branch and Blade Brewing. More information will be available from them soon.

Founded in 1997, Amherst Brewing is located at the Hangar Pub and Grill in Amherst, Massachusetts at 10 University Drive. Our taproom includes a self-service beer wall with 16 of our house beers and an indoor food truck.