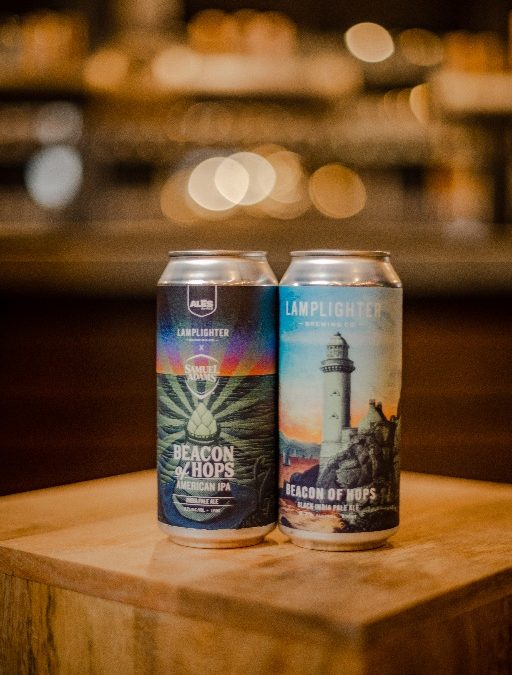 PRESS RELEASEE / April 29, 2022 (Boston, MA) – Today Samuel Adams announced plans to release the second annual Beacon of Hops collaboration with Lamplighter Brewing Company to support Ales for ALS. Brewed to bring us one step closer to a cure, two unique Beacon of Hops brews will officially release at Sam Adams and Lamplighter taprooms on Sunday, May 1 to mark the beginning of ALS Awareness Month.

Ales for ALS™ is a national fundraising campaign created in 2013 by a Yakima Valley hop farming family to raise funds for awareness for ALS. Each year, their hop farm and Yakima Chief Hops donate a unique hop blend to select breweries across the country and ask that a minimum of $1 per pint brewed with this blend be donated to advance ALS research at the ALS Therapy Development Institute (ALS TDI).

For the second year in a row, Sam Adams and Lamplighter brewers have teamed up to break through the darkness and shine a light on ALS awareness, aiming to provide support to and ultimately help end the fight against this progressive, neurodegenerative disease. As part of the Ales for ALS campaign, the teams brewed two different versions together: a Black IPA at Lamplighter and an American IPA at Samuel Adams.

The Boston Brewery is the original home of Samuel Adams. From being our sole production facility in the 80’s to our Research and Development brewhouse today, it’s the cornerstone of the craft beer revolution.

We are a brewery and taproom located in downtown Cambridge. Our focus is on aroma-packed and flavor-driven beers, with an emphasis on New England IPAs, barrel-aged sours, and special seasonals. We brew a variety of one-off batches that allow us to pursue our various whims, and we don’t shy away from funk, twists on tradition, and unique ingredients.