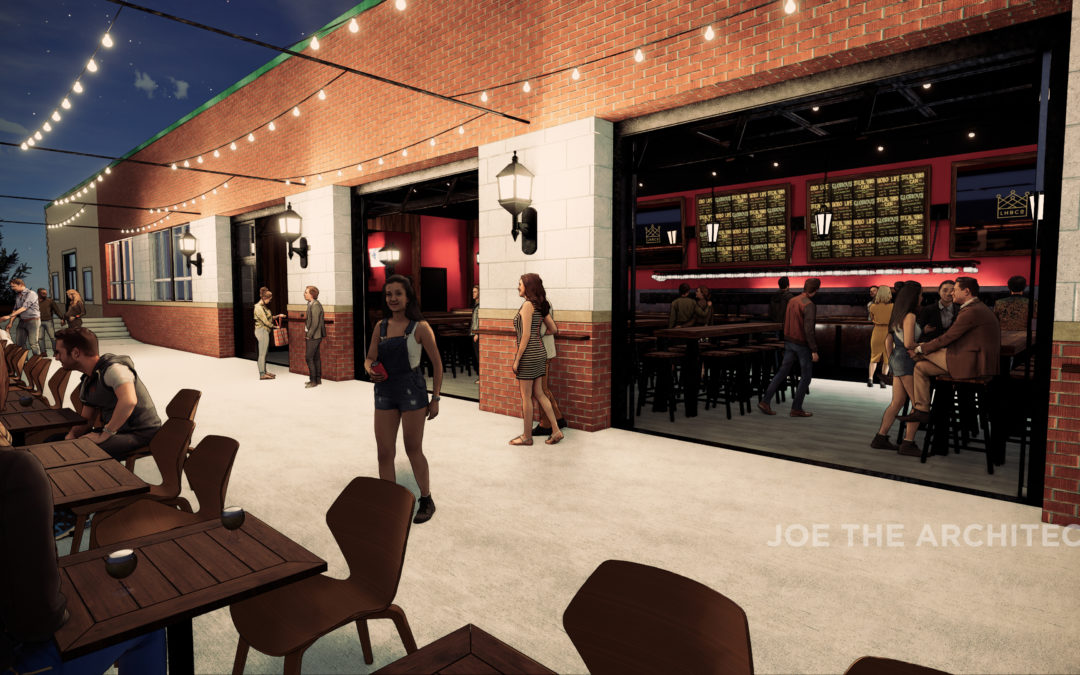 Lord Hobo Brewing will soon undergo another expansion at its 5 Draper Street brewery and taproom location in Woburn. Plans call for a doubling of seating capacity to meet demand for larger groups and outdoor events. Designed by Joe the Architect (J t A), a collective of architectural and interior designers based in Somerville, the taproom re-design will feature a secondary bar and seating area that accommodates 180 additional guests, as well as a large outdoor patio and an additional kitchen to support a revised food menu. The new taproom space will feature large overhead garage doors that open up and lead out to 100 more seats on  the new patio. 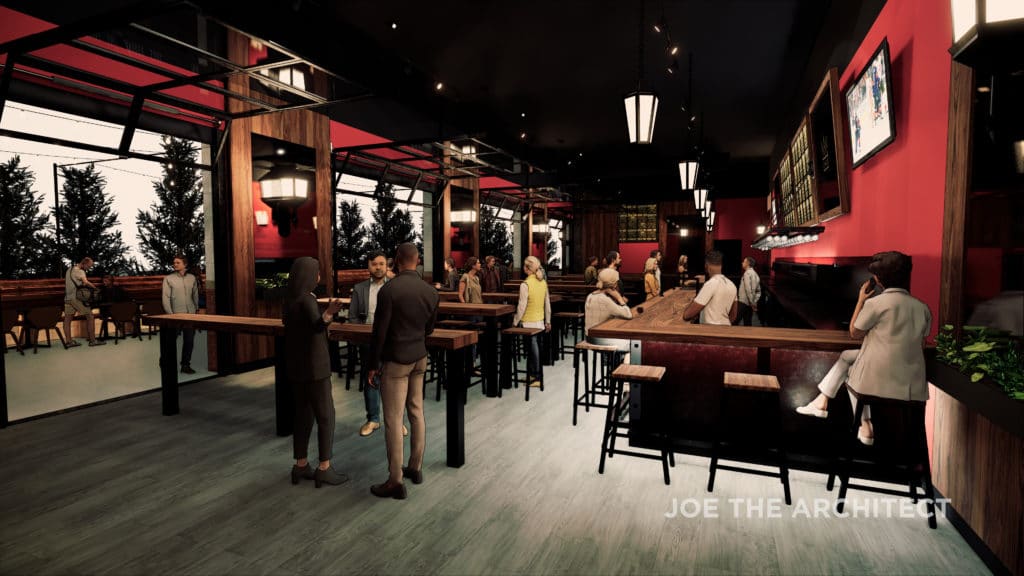 Rendering courtesy of Joe the Architect and Lord Hobo Brewing.

The project will also include an overhaul of the parking lot due to the substantial increase in capacity. Boston based Cafco Construction, who’s portfolio includes Row 34 and Trillium’s For Point restaurant and brewery, started work earlier this month. The taproom is expected to remain open during the renovation. In addition to the Woburn expansion, construction has been underway at what Lord Hobo founder Daniel Lanagan has referred to as the “Taj Mahal of breweries” in Boston’s Seaport neighborhood for a year and a half. Initial projections were for the Seaport project to be completed in the first quarter of this year, the Woburn expansion likely by summer. No word on whether or not those time frames have been amended.