Justin Korby likes the idea of being a disruptor. “A new wave of craft beer sales and distribution is coming,” he says, and he welcomes it. The founder of Stoneman Brewery, a small farm brewery that launched as the country’s first Beer CSA (Community Supported Agriculture) in 2015, he’s ready to expand his efforts but doesn’t want to sign on with a traditional distributor. He’s been down that road before and didn’t have a good experience. His foray into self distribution wasn’t much better. And he’s not alone. The vast majority of the more than 7,000 craft breweries nationwide produce less than 3,000 barrels per year. For many of them, the decision on whether and how to distribute their beer is a challenging one.

“New brewers are popping up all across the country and recent data from the Brewer’s Association suggests that craft beer is alive and well,” says Jeff Slater, CEO of American Craft Brands, a new online marketplace for retailers and craft beverage producers. “But the burning question remains: how do new brewers survive and thrive after the startup honeymoon is over?” For many of them, selling beer beyond their own taprooms may be a pivotal part of their business model; especially when the enthusiastic crowds that accompany most grand openings start to wane – a common phenomenon for new breweries.

In the traditional three tier system the distributor calls most of the shots on when and where a brewery’s beer will be shipped. They typically take a 30 percent cut of the sales, part of which is presumably for marketing and promoting the brand. With the exception of a few newer companies, standard contracts require a brewery to adhere to unpopular franchise laws that handcuff their ability to change from one distributor to another if the relationship isn’t working out. “The law has enabled distributors to collect brands to bolster their portfolios, but essentially eliminates the threat of competition necessary to keep them accountable,” says Rob McGovern, an attorney with specialized experience in the alcoholic beverage industry.

Self distribution is no picnic either. Most startup breweries don’t have the time to shop their beer to dozens of bars, restaurants and stores, let alone make deliveries and keep track of the additional billing and accounting. Their time is better spent in the brewhouse, and their money on staffing a taproom to sell straight to the consumer at a considerably higher profit.

“New paths to market, new technology platforms designed for craft beer, and new strategies for selling and delivering product may just be the answer,” says Slater. His platform has been fully functional in Massachusetts for nine months, during which time he’s forged relationships with a dozen or so retailers, and about half that many craft beverage producers. One of them is Canned Heat Craft Beer in Fall River, which opened in October of 2018 with no intention of participating in the traditional three tier system.

Founder MIles Wilson, also proprietor of a multi-million dollar medical device distribution and consulting company, says the American Craft Brands (ACB) platform solves a number of issues for craft beverage producers. “It takes the inefficiencies out of the delivery portion of the sales cycle,” he claims, “and allows your salespeople to see when a retailer is actually in need of more beer.” He believes it also allows for better forecasting of production and packaging schedules, and says the platform helps his team utilize its time wisely. It’s a sentiment echoed by many retailers.

Cody Tremblay is one of them. Owner of Sylvan Street Grille in Peabody, he’s ordered Canned Heat beer using the ACB platform and appreciates dealing directly with the brewery so he can build a relationship with Wilson. “The consumers I’m dealing with are looking for new and exclusive options,” he explains. So it’s important for him to be able to order products that distributors might not carry. There’s also the reality that sometimes distributors have their own agendas. He’s experienced how some can pick and choose which accounts they prioritize when it comes to special limited offerings. 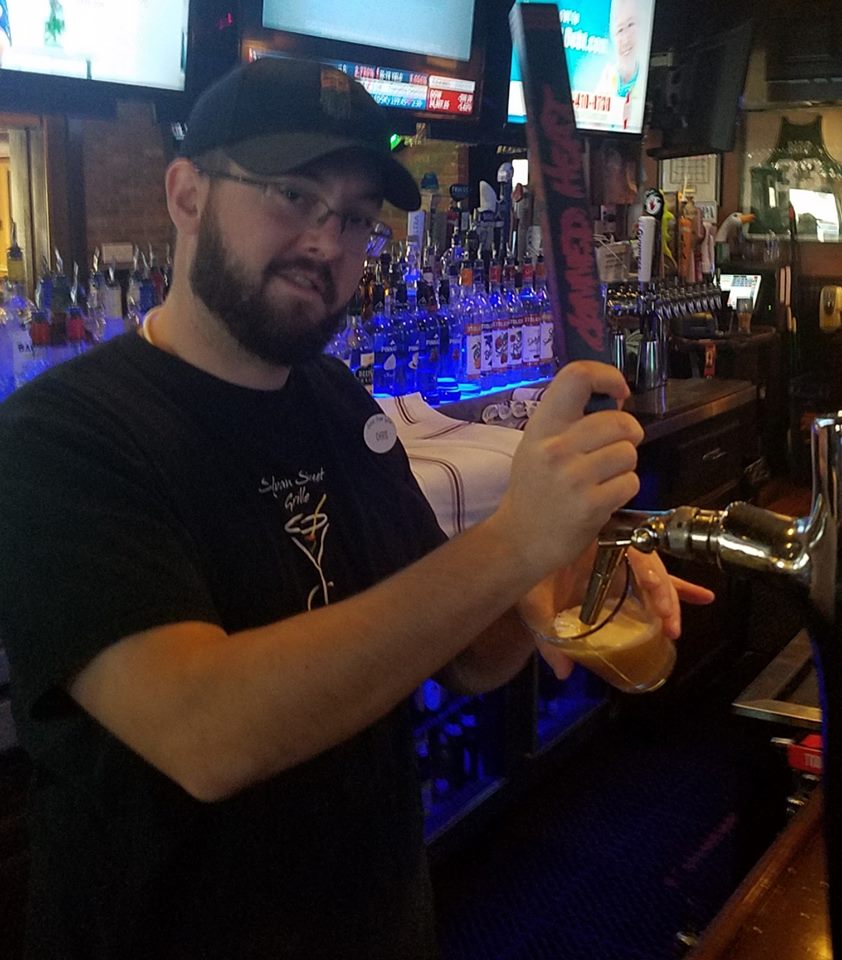 ACB isn’t necessarily looking to replace distribution companies. Its role is to provide a digital online marketplace: they don’t make deliveries or collect payments. In fact, Slater originally built the platform with distributors in mind, to help them expand into new markets without having to expand their sales force. “Forward-looking licensed distributors are starting to discover that providing professional, no strings attached, pickup and delivery services can be profitable and good for business.”

Breweries and retailers manage accounts just as they always have, and ACB has partnered with Milserv ACD Corp., a majority-veteran owned benefit corporation that will deliver for self-distributing breweries throughout the state. The company, which Slater is involved with, is in the startup stage but has already made a number of test deliveries. It’s currently building a training program with Veterans Inc. to train returning vets to provide professional delivery services.

Slater isn’t the only one that’s scrutinizing the alcohol delivery game. Amazon recently hired a lobbyist to ease regulations for alcohol shipment. Bryan Roth of Good Beer Hunting, who recently wrote about it, observes that “this new move . . . signals the potential to further disrupt a tier of alcohol already in a bit of disarray. As wholesalers continue to work to consolidate and find efficiencies, the door has swung wide open for a company [like Amazon or ACB] . . . to cause chaos.”

“It’s how business is done these days – on your cell phone or laptop,” says Wilson. “It gives retailers a virtual marketplace to shop for the brands they want and have a firm handle on when the product will arrive. In short, it gives them greater visibility and control over what beers they will make available to their customers.” And one thing for certain in the dynamic industry of craft alcohol is that customers are driving the market. Assuming that continues, the breweries and retailers positioned to meet evolving consumer demands should have a leg up.

But change hasn’t come easily, especially in an industry with antiquated laws and entrenched businesses. “It’s a hard sell early on,” says Korby, “new ideas always are.” He’s cautiously optimistic that ACB’s platform will gain traction by the time he opens a new 15-barrel brewery and event space in Charlemont, and thinks that the retailers (by far the largest segment of the three tier system) will come around when they see how innovative the idea is. And he loves that it allows brewers to have more options and flexibility. “This type of system is in the best interest of the brewer and the retailer – not the distributor – whose always had the leverage in the past.”