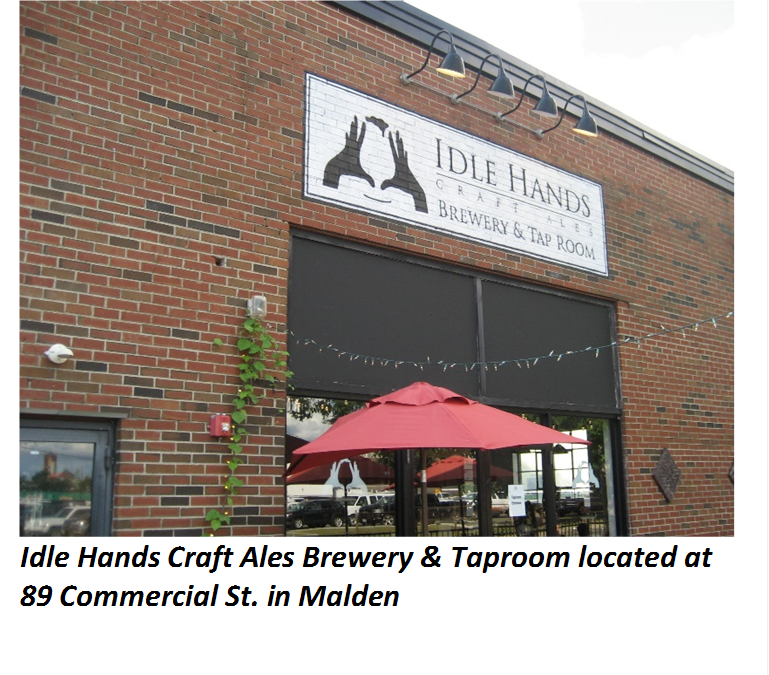 PRESS RELEASE / September 14, 2021 (Malden, MA) – MassDevelopment has provided a $75,000 equipment loan to Idle Hands Craft Ales to help the company buy canning equipment for its facility at 89 Commercial St. in Malden. Bringing its canning operations in house will allow the growing company to save money long term, improving its cash flow and maximizing profitability. This is MassDevelopment’s second loan to Idle Hands; in 2016, the agency provided a $340,000 loan to help the company buy equipment for its 5,300-square-foot facility.

“The Baker-Polito Administration is pleased to provide assistance to Massachusetts-based breweries and is committed to continuing to create a climate where these businesses are able to grow and prosper,” said Housing and Economic Development Secretary Mike Kennealy, who serves as chair of Mass Development’s Board of Directors. “With the help of MassDevelopment’s invaluable equipment financing options, another Massachusetts company is receiving the resources it needs to grow its business and contribute to the Commonwealth’s competitive edge in this industry.”

“The craft beer industry continues to grow in the Commonwealth, and Malden’s own Idle Hands Craft Ales has emerged as a budding force in the region,” said MassDevelopment President and CEO Dan Rivera. “MassDevelopment is happy to support a great Massachusetts company as it secures new equipment and expands its business.”

Established in 2011 and located a block away from the Malden Center MBTA station, Idle Hands produces German-style pilsners, barrel-aged sour beers, and American IPAs and experiments with flavors and different brewing methods. The brewery was voted Best Brewery in Boston Magazine’s 2020 “Best of Boston” series.

“We are so pleased that Idle Hands joined the roster of Malden establishments five years ago becoming our first brewery in the City,” said Malden Mayor Gary Christenson. “Since then, they have created many memorable moments on their patio, in their tasting room, and at their Octoberfest celebrations for Malden’s discerning beer drinkers. We raise our glass in salute to their accomplishments!”

MassDevelopment, the state’s development finance agency and land bank, works with businesses, nonprofits, banks, and communities to stimulate economic growth across the Commonwealth. During FY2020, MassDevelopment financed or managed 341 projects generating investment of more than $2.69 billion in the Massachusetts economy. These projects are estimated to create or support 10,871 jobs and build or preserve 1,787 housing units.