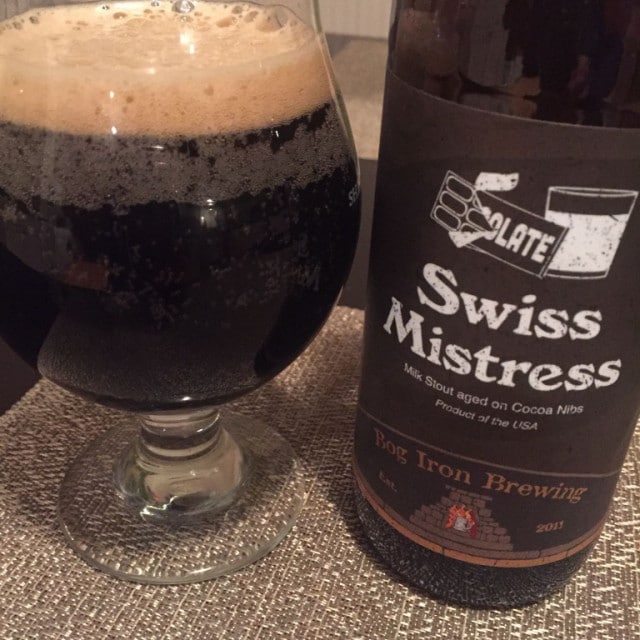 Having just survived the “Bomb Cyclone” here in Massachusetts this week, we are highlighting three of the craft beers that got us through the snow drifts, whipping winds and frigid temperatures. As a reminder these are recommendations and no one knows your palate like you do, so give these beers a try and see what you think. As always, cheers to Mass. Beers!

After a long day of sledding (actually shoveling) this past week, drinking Swiss Mistress was like having that cup of cocoa we remember as a kid, only with a 6.5% ABV. This tasty Milk Stout, with a rich creamy mouthfeel, is accentuated by the traditional chocolate and roasted coffee notes. But Bog Iron kicks it up a notch by aging it on organic roasted cocoa nibs after fermentation is complete which “impart various rich chocolate flavors and aromas to the beer.” Not currently pouring in their taproom, you may be able to find some bottles out and about by checking their beer finder.

A Black Lager that “skirts the line between a schwarzbier and smoked porter,” it reminds you of a chocolatey, coffee treat your grandmother let you have when your parents weren’t looking. Decadently roasted with Chocolate and Beechwood smoked malts, this brew also has notes of coffee to balance the sweetness of the malt. This award-winning beer sits at 5.6% ABV with very low bitterness (25 IBUs). Available in 12 ounce cans, it pairs very well with comfort food. Whip up anything cheesy, smoked or roasted and you’ve got the makings of a perfect meal for those blustery winter nights. It is the antidote for “bombogenesis.” 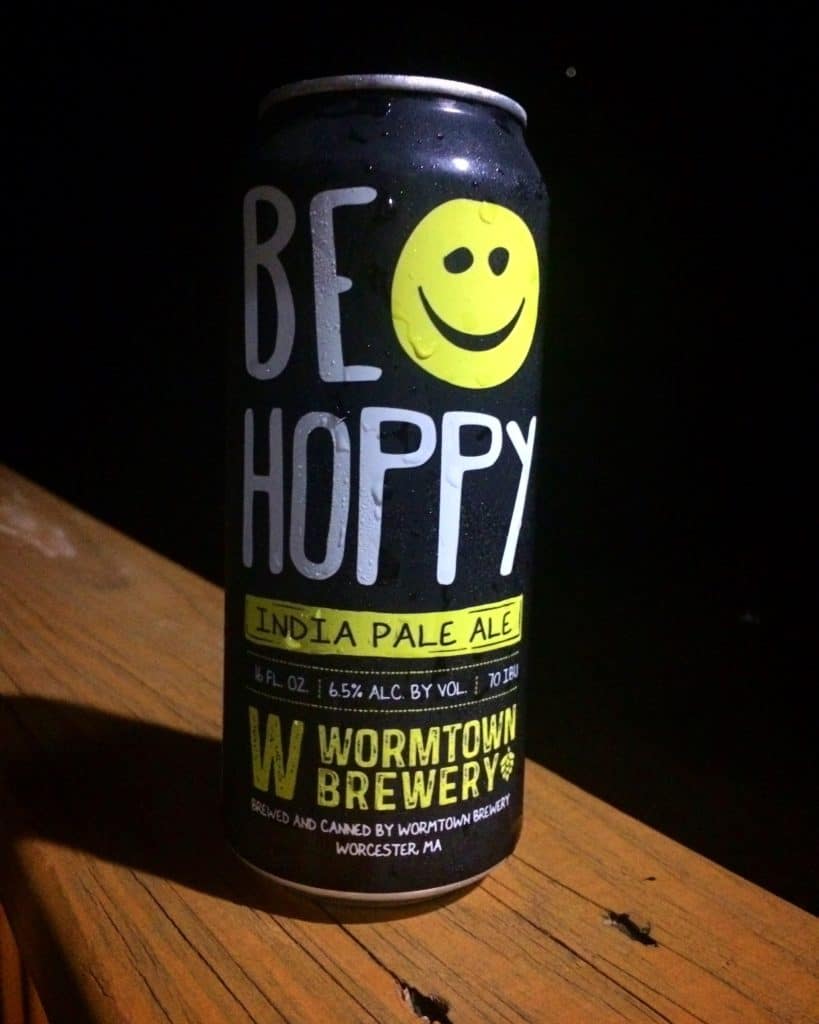 Let this Central Mass. version of a “Left Coast IPA” put a smile on your face.

Be Hoppy by Wormtown Brewery

Wormtown’s take on a “Left Coast IPA” is big on aromatics, arousing the citrusy portion of your olfactory glands. It is also big on bitterness, coming in at 70 IBUs, due to the “copious amount of hops they use during their double dry hop and hop back processes.” Pouring a pale gold color, this 6.5% IPA should satisfy hopheads but not scare away those with more sensitive palates. A Gold Medal winner at the 2014 Denver International Beer Competition in the American IPA Category, this beer is widely distributed in bottles and cans throughout Massachusetts as well as on draft in many craft beer bars and restaurants. Don’t Worry, Be Hoppy!