In case you haven’t noticed, Central Mass. has a pretty good, no make that great, craft brewery scene these days. And it’s only getting better. Home to 25 visitable breweries already, including high profile names like Wormtown, Jack’s Abby, Wachusett, and Tree House, the region will add three more before winter arrives. Even better, all three will have taprooms, a fast growing trend, where patrons can relax and enjoy flights or full pours right there at the source. Here’s a preview of what’s ahead for the fast growing region and its craft beer drinkers.

Having passed all the necessary inspections, Purgatory Beer Company in Whitinsville has already started brewing and is likely to open its doors some time in early November. Lucky locals were treated to an early taste of the already-licensed nano brewery’s first two beers, both IPAs, a few weeks ago at the UXLocale restaurant in neighboring Uxbridge. Now that all the red tape is out of the way, co-founders Brian Distefano and Kevin Mulvehill plan to be “brewing as much as humanly possible” on their 3-barrel system, situated in a restored mill building at the crossroads of Whitinsville, Sutton, and uxbridge. 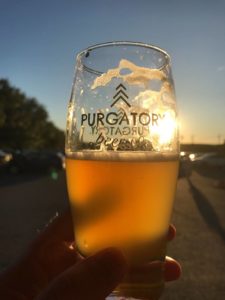 Purgatory Beer Company plans to combine its love of the outdoors with its love for flavorful ales.

Both of them home brewed right out of college, then began honing recipes together after meeting at Purgatory Chasm, a treasured geologic rock formation in the Blackstone Valley where they hiked and climbed. In between outings, the two tried out lots of experimental batches on their friends. Over the years, they’ve developed a fondness for Ales, especially IPAs, ranging from flavorful session offerings to the higher ABV doubles. They expect to brew plenty of porters and stouts, all kinds, as well.

Their unique space at 670 Linwood Ave, part of the Linwood Mill Complex, has been home to just about every business you can imagine, and measures nearly 2,500 square feet, half of which is dedicated to the taproom. There’s also a 400-square foot patio area overlooking a water fall. Their pouring license will allow them to serve pints and flights, and fill growlers for take away.

They plan to keep Thursday through Sunday hours, and distribute a limited number of kegs to restaurants in the surrounding area as long as they can supply enough beer for the taproom, which has capacity for at least 50 people. Distifano and Mulvehill, both of whom live in nearby Sutton, hope to connect with the surrounding communities by hosting charity events and collaborating with local restaurants and food vendors on taproom pop ups. “We hope to be the Blackstone Valley’s local brewery.”

Also founded by a couple of local home brewers, Amory’s Tomb Brewing will open a cozy nano brewery and taproom in the heart of downtown Maynard later this fall. Named after town founder Amory Maynard, the project has been the passion of brothers-in-law Allen Quinn and Richard Barron for more than two years. After receiving town approval for their farmer series pouring license last week, they’re now just one hurdle (a “special use” hearing with the planning board) away from the finish line. 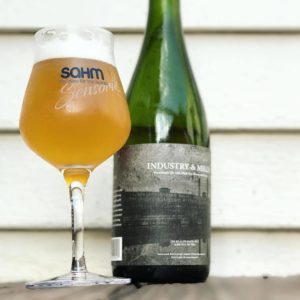 You may soon be able to get your hands on “Industry & Mills,” a collaboration brew between Armory’s Tomb and Navigation Brewing.

If all goes as expected, they hope to open just after Thanksgiving. “We can’t wait to open the doors,” says Quinn. “We plan to hit the ground running.” The duo will operate on a manual 3-barrel system and plan to sell most of their beer for on-premises consumption, but will occasionally offer special bottle releases. The decor of the taproom will have a rustic feel, without TV or WiFi. They envision a community focused space, one firmly rooted in local history and culture, that encourages conversation.

Their brewing preference is toward classic farmhouse ales, “Belgian styles as well as their sometimes tart American counterparts,” according to their website. If you’re interested in a sneak preview, they recently brewed a collaboration beer with Navigation Brewing in Lowell. A limited number of 750 milliliter bottles will soon be available at select retailers in the Maynard area. Check their Facebook page for the official release date.

Go to Marlborough to Drink Deliberately

The smallest of the three newbies, Walden Woods Brewing, will open in a former restaurant space at 277 Main Street in downtown Marlborough. It won’t be a brewpub as previously reported, though. Long time home brewers Chris Brown and Alida Orzechowski will convert the kitchen space into a 2-barrel brewhouse and utilize the existing bar to serve up a variety of beers, including unconventional recipes like a Smoked Blueberry Maple Stout and a Belgian Wit with Kaffir lime, lemongrass, and Thai chilis. For those clambering for IPAs, they also plan to have at least one New England style juice bomb on at all times as well.

Brown, the head brewer, has envisioned running his own brewery for some time. “Being a fourth generation German-American, beer culture was front and center in my life from a very early age,” he says. A home brewer since college, he’s worked on the commercial side of the industry since 2009. After teaming with Orzechowski, a home brewer for more than a decade, the idea of opening their own taproom was a natural progression. 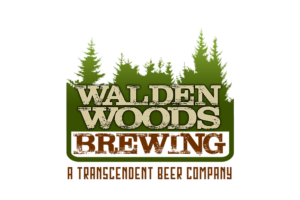 Before the year’s out, downtown Marlborough will finally have its own craft brewery.

In addition to sharing a passion for brewing, the couple shares a passion for local history, especially Henry David Thoreau, the inspiration behind the brewery’s name. “As a society, we’re making more thoughtful choices and recognizing the impact those choices have on our communities,” says Orzechowski. “Or, to choose a word Thoreau used, we’re living more deliberately, and Walden Woods Brewing hopes to foster and embrace that idea.”

Not only do they embrace it, they hope patrons visiting their taproom will as well. Their aim is to create a welcoming space that encourages people to form connections while they “engage in mindful consumption.” Put another way, the “transcendent beer company,” as their slogan suggests, would prefer you leave your cell phone at home, talk to the person on the stool next to you, and “drink deliberately.” For inspiration, they plan to use Thoreau-themed names for many of the beers.

Another idea to ponder is just how fast the region’s craft beer scene is growing, and that it shows no sign of slowing down, with four more breweries planning to debut in 2018. Two of them, contract brewer Greater Good Imperial Brewing and production brewery Henry and Fran Brewing, are looking to open destination breweries where fans of their juicy IPAs can hang out and drink a few pints on premises. The former will open a 10,000-square foot space in Worcester early next year, while the latter is actively searching for a new home in the region, but hasn’t announced where.

Two others, one pending and the other in-planning, are hopeful for a 2018 opening as well. Timberyard Brewing, headed by former Stone Cow brewer Matt Zarif, has already begun building out its brewery, taproom, and beer garden in East Brookfield, with hopes of welcoming visitors next summer. The other, Redemption Rock Brewing, is in the process of securing space for a brewery, taproom and cafe somewhere in downtown Worcester.