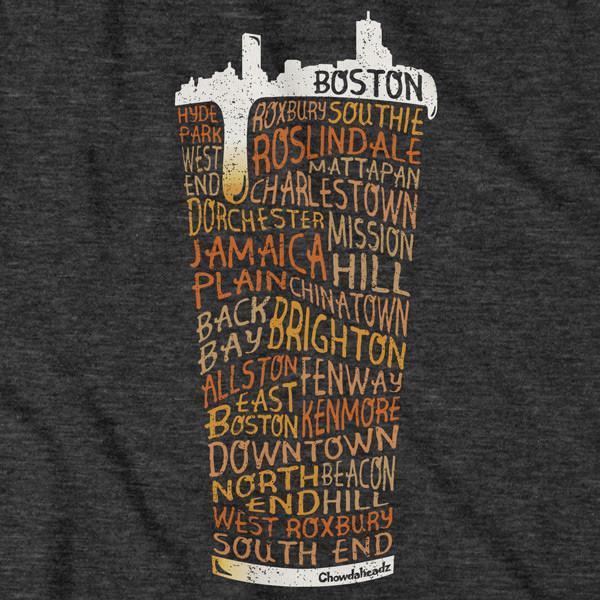 Like most in the craft brewing industry these days, Somerville Brewing Company, better known as Slumbrew, has enjoyed steady growth, thanks in part to the opening of their Boynton Yards brewery and taproom a few years ago. Just last week they opened a second location at 490 Foley Street in the Assembly Row shopping complex, across from Assembly Station on the MBTA’s Orange Line. Its debut raises the number of breweries in Metro Boston to 21, but that’s only the tip of the craft beer iceberg for the once-stagnant but now fast-growing region. Within a year, there could be more than 30. Here’s a preview of what lies ahead for thirsty Bostonians. 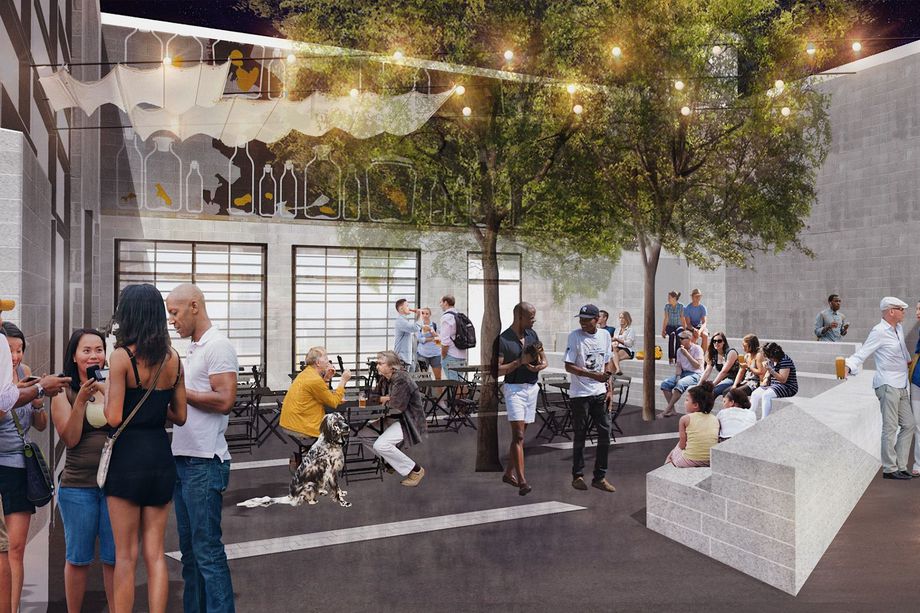 Remnant Brewing won’t distribute, but with a spacious taproom and outdoor beer garden, they should have little trouble attracting visitors.

Somerville alone will have five brewery taprooms when Remnant Brewing opens in Union Square’s Bow Market this coming spring, likely April. Pretty amazing when you consider there were none just four years ago. The newest addition will feature a 2,700 square foot brewery and taproom along with a 1,000 square foot outdoor beer garden. Co-founders David Kushner (John Harvard’s), Joel Prickett (Lord Hobo), and Charlie Cummings (Mystic) bring a wealth of experience with them, but have their own unique vision for Remnant: one that hinges on community, with neighborhood patrons hanging out while they sip a variety of beer styles.

A number of Boston neighborhoods are also anxiously awaiting their own brewery taprooms, Roslindale foremost among them. Following its inaugural season on the Greenway, Trillium will introduce another Beer Garden, this one for winter, and located inside the historic Roslindale Substation. Already home to a Craft Beer Cellar, the formerly vacant space is next up for what JC and Esther Tetrault describe as their “growing initiative to cultivate temporary seasonal spaces where patrons can enjoy our beer.” No word yet on just when they plan to open, but it shouldn’t be long.

Another option for locally brewed beer in Roslindale is the pending Distraction Brewing Co., planning to open a cozy nano brewery and taproom on Belgrade Ave. by spring time. Founded by locals Mike Estey, Justin Garnache, and Patrick French, they’ll offer a wide variety of styles, and eventually plan to do some barrel-aged beers. You can meet them at the Roslindale Holiday Market this Thursday, where they plan to introduce themselves and give out some free schwag. 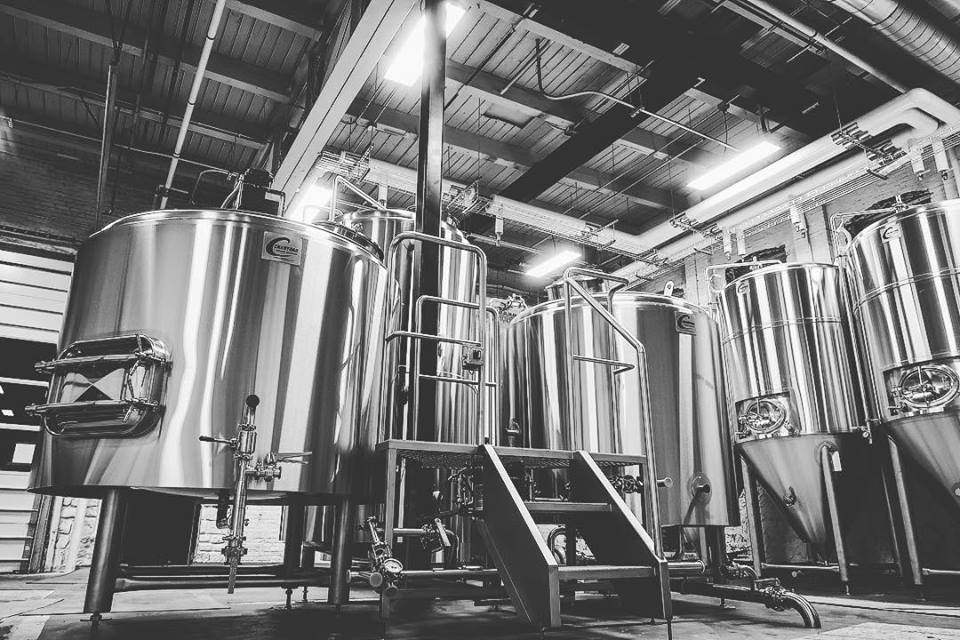 Backlash hopes to be churning out beer from its shiny new system as soon as late February.

Three other Boston breweries plan to open in the next few months as well, including brewpub and DIY brewing outfit Hopster’s. The following exclamation-filled post appeared on their social media pages recently: “Kettles are in position – lighting is set – less than two weeks til opening! Here we come Boston Seaport! You’re getting one hell of a fancy brewpub!”

Not far behind them is popular contract brewer Backlash, who recently took delivery of its shiny new brewing system and appears to be just a couple of months away from opening its Roxbury brewery and taproom. During the build out they’ve been producing beer down the street at Dorchester Brewing Co., and have done a few special releases out of a makeshift retail space at their 152 Hampden Street location. The next one is this weekend when they release their Imperial Stout, Death, in 12-ounce cans.

There’s also Democracy Brewing, who plans to open the first worker-owned and democratically run brewery in Boston this spring. They’re finishing up the construction phase of their Downtown Crossing brewpub and finalizing the beer and food menus that veteran brewer Jason Taggart (John Harvard’s) and head chef Ben Waxler (The Haven) have in store. Co-founder James Rasza says they plan to “build a community in the neighborhood by hosting organizations and fundraising events, and by promoting the arts.” They also plan to pay a living wage to all employees. It’s not too late to join the team, or to invest.

Two other breweries hoping to open this summer are Brato Brewhouse + Kitchen, slated for the Boston Landing section of Brighton, and “Bruno’s Brewery,” whose license just came through from the ABCC. Brato BK co-founders Alex Corona and Jonathan Gilman, head brewer and sous chef at Cambridge Brewing Company, recently announced plans for a crowd-funding campaign and hope to be operational by July. Follow their Facebook page for coming details, and to see where their next pop-up collaboration will be. Not many details have emerged yet about Bruno’s Brewery, but it appears that brothers Ralph and Vito Bruno, founders of Boston Winery on Ericsson Street, are behind the venture. They’re still in the planning stages, but hope to have most of the details worked out soon.

In other recent news, Sam Adams isn’t the only Jamaica Plain brewery to debut a new taproom. Neighbor Turtle Swamp, who opened back in May and served beers on its outdoor patio, is now pouring pints inside a makeshift taproom that will be a work-in-progress over the next couple of months. We hear they’ll announce their first special beer release in time for winter, so don’t wait around for the taproom to be finished before paying them a visit.

Though it’s not a new taproom, Clown Shoes Beer is now pouring at the Harpoon Beer Hall. The first batches of Galactica, a Double IPA, and Chocolate Sombrero, a Mexican-Style Stout, were tapped early last week. Next up is Space Cake Double IPA, which will be available on tap and in 16-ounce cans. It’s not exactly new either, but Lamplighter Brewing in Cambridge will add an additional taproom in the back end of its brewery. Though still under construction, the space will accommodate about 100 more people and should alleviate the lines that form outside the brewery on busy Friday and Saturday nights. Last we heard, they were aiming for an early 2018 opening.

And finally, we have word that contract brewer Mighty Squirrel has located a space just outside of Boston for its new brewery and taproom. They hope to finish up negotiations and announce the details as early as next month. We’ll be on it when they do.

The featured image, a Boston neighborhoods pint glass t-shirt, is available for purchase at Chowdaheadz.com for $22.