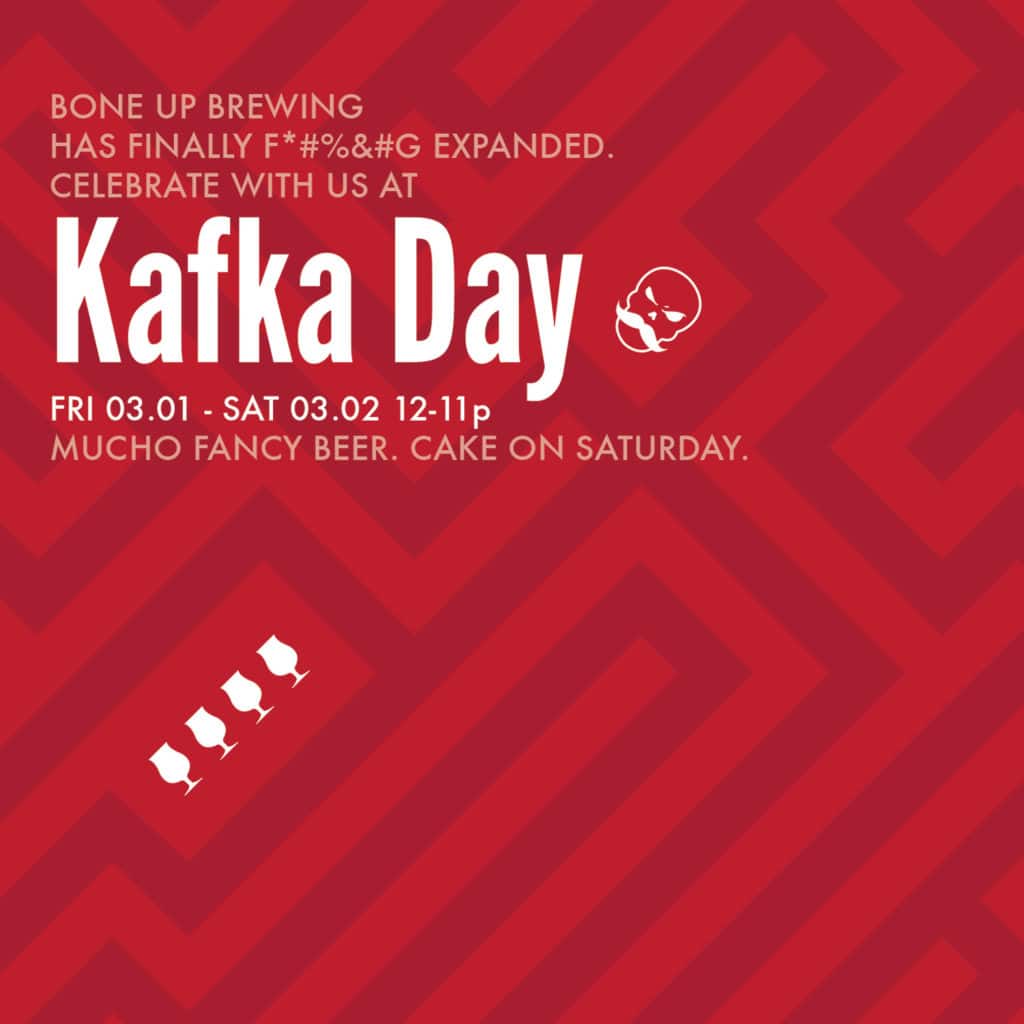 It’s really real! Bone Up Beer expanded! F*#%&#G finally! They spent a whole buncha time bustin’ their collective humps gettin’ things all ship-shape and ready and prettied up, and then they got to spend several months dealing with the sort of governmental goings-on that would make Kafka say “oh come on, that’s a bit much” and now after almost exactly one year it’s finally ready! You might say it’s been a journey, if that’s the kind of thing you’re liable to say.

And what will they be calling this grand celebration? Well, in honor of Our Local Government and all the fun times they’ve had with them, they’re calling it Kafka Day! And since it’s Kafka Day, it’s actually gonna be two days! So. Starting on Friday, March 1 (precisely one year after our lease on the new space started, as it so happens) and going through last call on Saturday, March 2, they celebrate!

Thank you all for your patience with us over the last year+, they want to give you the best lil’ brewery they can, and they’re just so excited to share more of it with you!

*If you’ve got an anniversary mug, bring it along, you know they’ll fill it for ya.
**The last-ever keg of it, too!