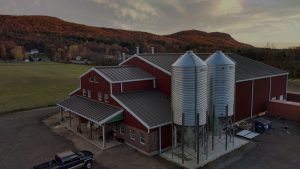 Fort Hill Beer, Hillside Pizza, live music, and more! Register now for this sell out event.
From the creators of the Happy Valley Half Marathon, is the 3rd Annual Fort Hill Brewery Half Marathon and 5K, in Easthampton, Massachusetts. “Easthampton was up and coming for a while. Now it’s just awesome”. Artists have helped to revive the former mill town, and the end result is eclectic and awe-inspiring. There’s lots to see and even more to do. From Mount Tom, to various parks and exhibits, to the emerging micro-brewery scene. Fort Hill Brewery began construction in 2012, right under the watchful eye of Mount Tom. Construction went on for two years at their picturesque location, before the first beer, an Oktoberfest, was released in 2014. That same month, Fort Hill Brewery opened its doors to the public, offering tastings, tours, and growlers. Now, they’ve expanded their tasting room and added on a brand new patio, equipped with a stage for live performances.
A portion of the proceeds will be donated to the Easthampton Track and Field team. Fundraising is optional, and encouraged. Please note that we are unable to offer refunds.
Click Here For Tickets
+ Google Calendar+ iCal Export