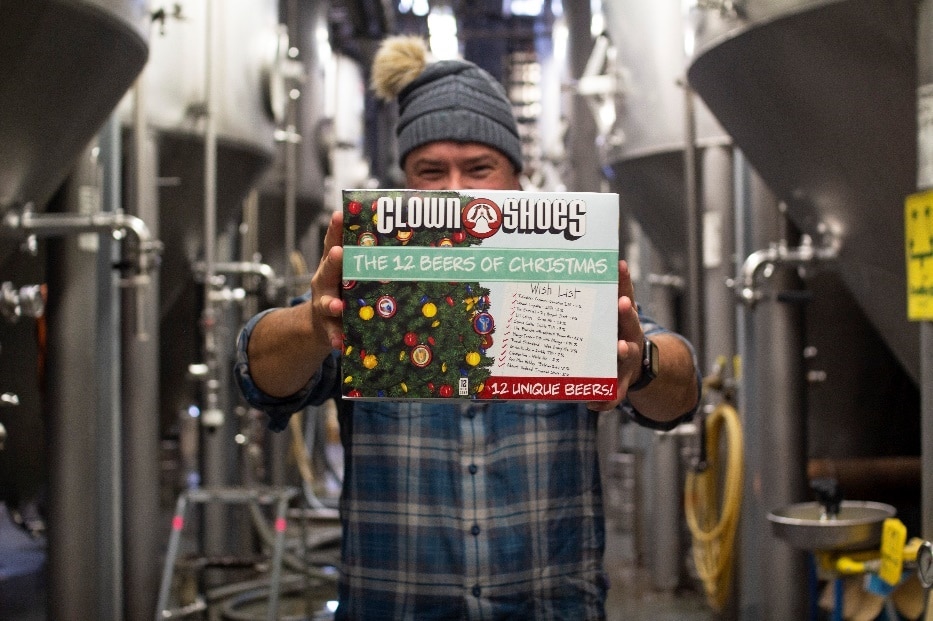 PRESS RELEASE / November 10, 2021 (Boston, MA) – As supply chain issues continue into the holiday season, folks may be struggling to find a unique gift that’s still available on shelves. For the beer lover in your life (or even yourself), look no further than Clown Shoes’ 12 Beers of Christmas mix pack.

For the second year in a row, Boston-based Clown Shoes Beer is releasing its mix pack of 12 different beers in a range of styles and ABVs – but this year, 7 beers have been added to the mix for the first time. With a selection of past favorites and cans coming out of the Clown Shoes vault, 12 Beers of Christmas is sure to impress craft beer novices and aficionados alike.

Some beers that are new to 12 Beers of Christmas are: