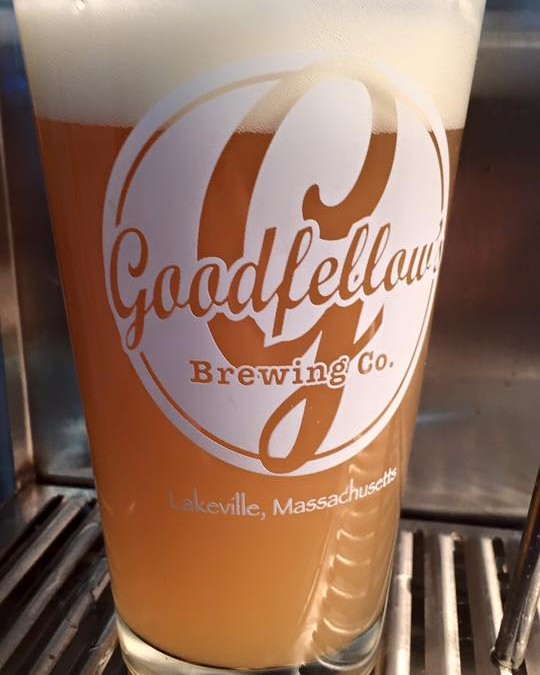 It’s a rare occurrence these days, but craft breweries do occasionally close here in the Bay State. Unfortunately, news of just that came recently on October 8th when Goodfellow’s Brewing Company announced it would cease production at the end of the month. “While we’re sad to leave the craft beer industry, Lisa [Goodfellow] and I are grateful to all the friends and fans who provided us with feedback and encouragement over the last six years,” said founder and brewer John Goodfellow.

The Lakeville farm brewery, which opened in 2011, is the only Massachusetts brewery to close this year and just the fourth in the last two years – Pretty Things, Do Can, and High & Mighty being the other three. By contrast, 41 have opened in that same time span.

Inspired by a home-brew kit his wife bought him, and later a first-in-category award at a Sam Adams Patriot Homebrew Competition, Goodfellow went on to fulfill his dream of producing local beer made from local ingredients. Approximately 1,280 barrels of beer was brewed at the 3-barrel production nano brewery during its existence, all of it distributed to local consumers.

The following statement was posted on the brewery’s website late last week:

After six years in business, 32 area accounts, and some 40,000 gallons of beer produced at our small, farm-based brewery, Goodfellow’s Brewing Co., LLC will cease operations and distribution this October 31st. Lisa and I have had a wonderful time servicing our friends, followers and community, so this decision was not made lightly. It is time for us to look to the long-term future of our family as our next adventure awaits us! Our sincerest thanks to all of you for your support.