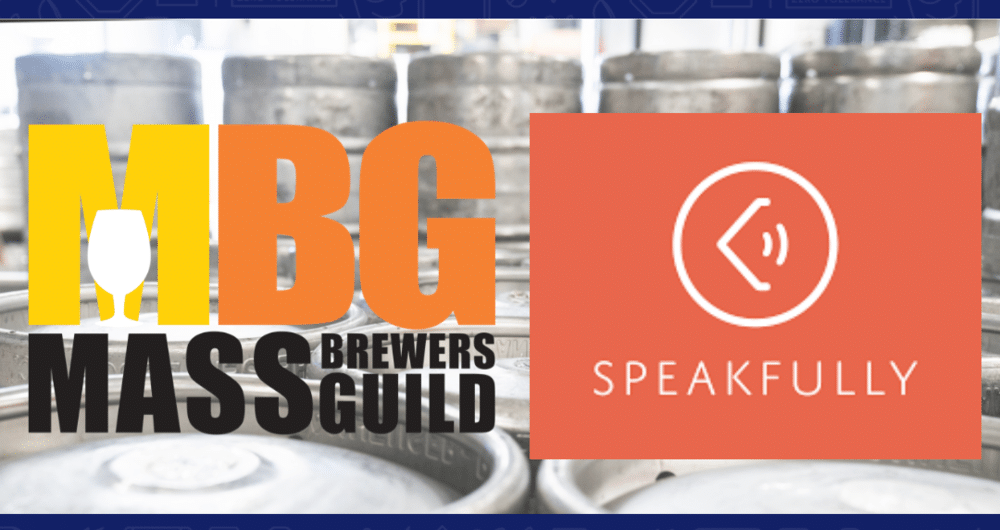 PRESS RELEASE / January 19, 2022 (FRAMINGHAM, MA) – The Mass Brewers Guild, the state’s trade association that exists to protect and promote the interests of Massachusetts craft breweries, has partnered with Speakfully, an anonymous third-party reporting system that will be offered as a new member benefit at no additional cost to breweries starting January 2022.

Speakfully gives employees an opportunity to report toxic work culture, harassment, or give general feedback about their overall workplace. The platform provides employees a safe and anonymous way to speak up while empowering employers with real-time data and analytics to promote proactive action. Once employee experiences are submitted, employers can communicate with employees privately through Speakfully’s secure messaging portal. The system will be offered to members of the Mass Brewers Guild in English, Spanish and Portuguese.

“In wake of the industry’s powerful #MeToo movement and after having multiple conversations with brewery owners, managers, and staff across the state, it became increasingly clear that our breweries need more HR support,” says Katie Stinchon, executive director of the Mass Brewers Guild. “In too many instances employees did not have a path forward to share complaints or they didn’t feel comfortable doing so. Our goal with adding this new benefit is to help remove barriers for our industry’s employees and to bolster support for our small business owners. After researching many different services, we’ve found that solution with Speakfully.”

Speakfully was founded as a direct result of inappropriate workplace interactions experienced by CEO and co-founder, Jana Morrin. What started as a simple documentation process led to the larger idea that employees need a private and secure platform to voice concerns without fear of retribution.

“Speakfully helps to bridge the gap between employees and leadership by providing transparency from HR every step of the way,” says Jana Morrin, CEO & Co-Founder of Speakfully. “Our hope is that Speakfully will help create an environment of safety and trust for all of the state’s breweries while giving managers and owners the information they need to step in and take action before it’s too late. We are proud to bring our platform to the Mass Brewers Guild and applaud the association for their proactive approach to combat workplace harassment.”

The Mass Brewers Guild is able to offer this service to members in large part thanks to a generous donation from Jack’s Abby Craft Lagers. The brewery has gifted $5,000 to support the rollout and help to sponsor the first year of the program.  To date, there are 114 member breweries of the Mass Brewers Guild that will have access to Speakfully.

“It was an easy decision for us to provide support to the association and our collective membership through this new platform,” says Sam Hendler, co-founder of Jack’s Abby Craft Lagers and president of the Mass Brewers Guild. “The more resources that we can help to bring to our industry through HR support will only benefit all of us. We look forward to implementing Speakfully here at our brewery and doubling down on our commitment to ensure the safety and wellbeing of the Jack’s Abby family.”

The Mass Brewers Guild will publish a complete list of breweries that have enrolled in the program or have adopted their own system in the coming weeks.

For questions or more information about the Mass Brewers Guild visit, MassBrewersGuild.org. To learn more about Speakfully and its services visit, speakfully.com.

The membership based association is open to all Massachusetts breweries licensed by the federal Tax and Trade Bureau and the Commonwealth’s Alcoholic Beverages Control Commission and is a 501(c)(6) non-profit corporation.

At the time the MBG was formed there were only 34 brewing licenses issued in the state. Today, there are more than 200 operating breweries across the Commonwealth including brewpubs, farm-breweries, and manufacturers.