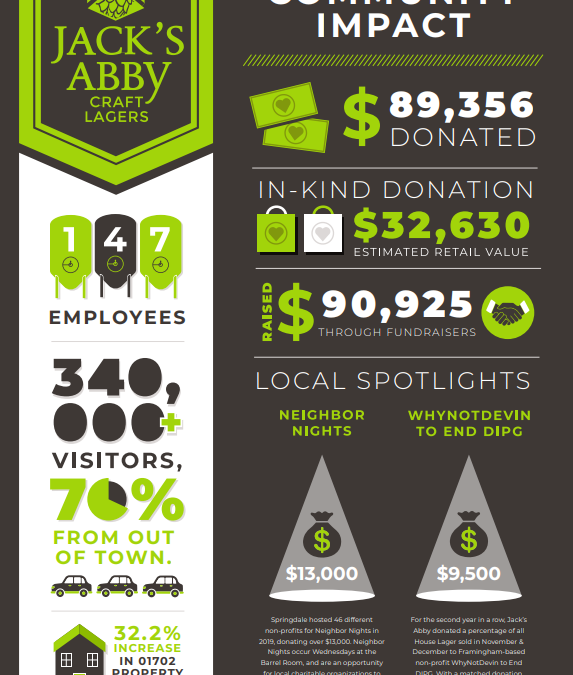 PRESS RELEASE / March 5th, 2020 (Framingham, MA) – At the end of each year, we like to take a moment and look back on what we have accomplished. In 2019, we worked especially hard to support our local community. We formed partnerships with local non-profits, hosted fundraisers almost weekly, and supported through regular financial and in-kind donations. Overall, we raised a total of $212,911 for local initiatives.

“As a family business, one of our core missions is to be both supportive and involved in our local community. As an officer of Downtown Framingham Inc, and through the numerous brewery initiatives, our team here at Jack’s Abby works together to achieve this goal by trying to be a gathering place for the community.” – Jack Hendler, Co-Owner of Jack’s Abby Craft Lagers.

“Since before we opened, the City of Framingham and its community have supported my brothers and me in opening Jack’s Abby Brewing and expanding to our current location.  We have always tried to return that support and while there is always more to be done, we are excited to share our 2019 community impact.” – Eric Hendler, Co-Owner of Jack’s Abby Craft Lagers; Framingham Resident

We’re looking forward to another year of giving back in 2020. 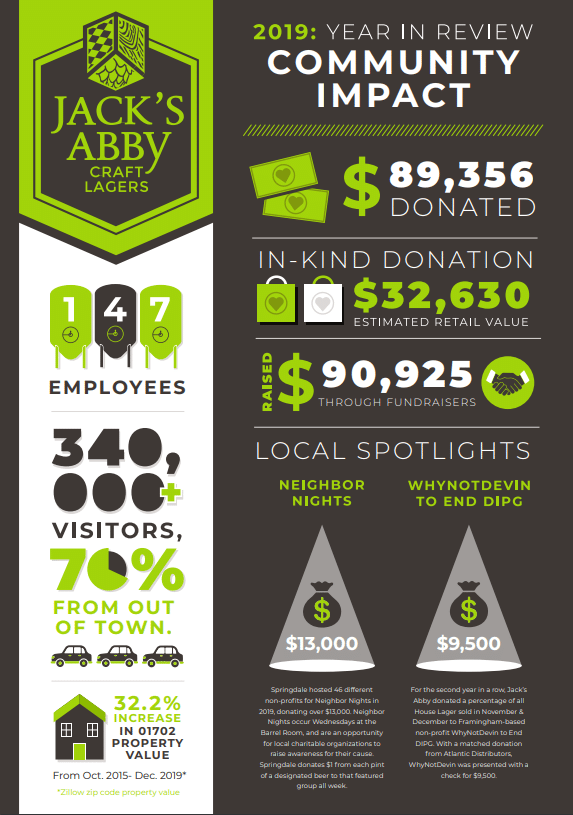