HarpoonFest 2017 Heralds the Summer with Great Local Beer and Music 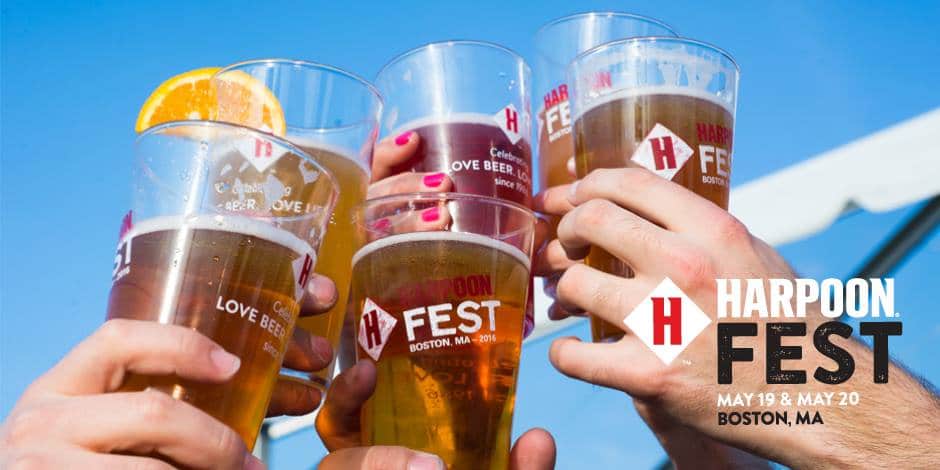 Press Release / Boston, MA (May 2017) – On May 19th and 20th the brewery gates will be flung wide for HarpoonFest, Harpoon’s annual summer festival.  HarpoonFest carries on the brewery’s tradition of celebrating local beer, right at the source.  The 2017 HarpoonFest will feature an extensive lineup of Harpoon’s Boston-brewed beers, including the year-round classic IPA, the summer favorite Camp Wannamango, and the flavor adventures of UFO wheat beers.

HarpoonFest wouldn’t be complete without a lineup of the city’s best up and coming bands rocking several stages throughout the festival space.  This year’s lineup includes:

You’ve got great beer and music – what else do you need? FOOD! Chow down on delicious eats from local food trucks and restaurants, such as:

Admission:  $25.00 door charge per person, includes one drink ticket and a souvenir cup.

Attendees must be 21 years or older to enter and have proper ID.

The Harpoon Brewery was founded in 1986 by three beer lovers who wanted more and better beer options. When the Brewery was founded, Harpoon was issued Brewing Permit #001 by the Commonwealth of Massachusetts, since it was the first to brew commercially in Boston after a dormant period of about 25 years. Harpoon’s line of craft beer features its award winning IPA and UFO beers, along with special seasonal selections. In 2000 Harpoon purchased a second brewery in Windsor, VT, making Harpoon the 19th largest craft brewer in the US.  In 2014 Harpoon became an employee owned company.