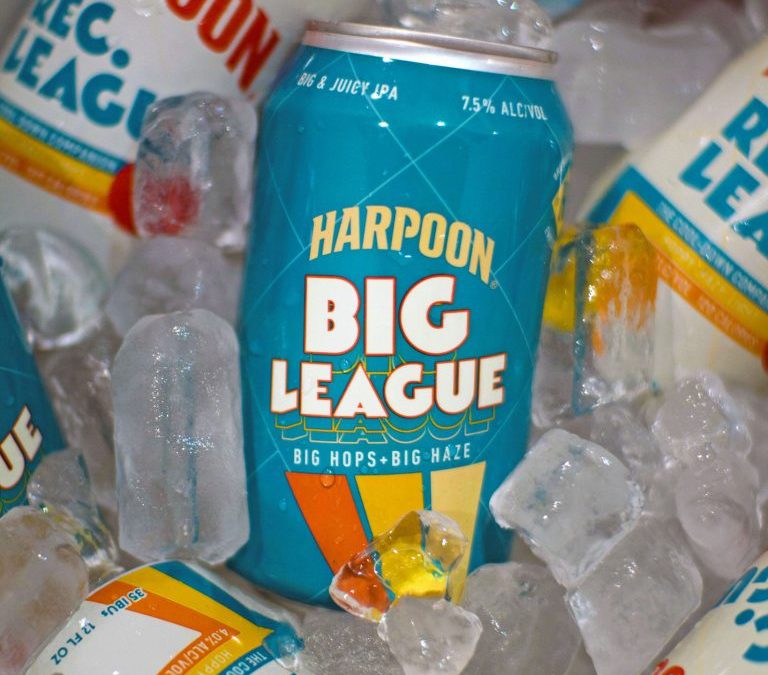 PRESS RELEASE March 18, 2021 (BOSTON, MA) – There’s a new definition of “making it to the big leagues” – one that involves big hops, big ABV and big additions of better-for-you ingredients: Harpoon Big League IPA. Harpoon Brewery’s newest year-round offering is a full-flavored version of its lighter, sessionable cousin Harpoon Rec. League. The brewers at Harpoon took the same hazy pale ale recipe, multiplied everything by two, and created a crushable hazy IPA to help celebrate life’s big-win moments, from wrapping up a work day to conquering a new personal best while working out.

Big League is brewed with a blend of Cascade, Simcoe, Citra, and Mosaic hops for an extra refreshing, tropical fruit-filled sip every time. Containing chia seeds and buckwheat kasha that are high in nutrients and Mediterranean sea salt for an added source of electrolytes, this 7.2% ABV beer packs in the flavor.

“The response to the launch of Rec. League was bigger and better than we could have imagined, and it proved that there was a thirst for more options that offered full flavor without the heaviness of a most IPAs,” said Dan Kenary, CEO and co-founder of Harpoon Brewery. “Following a year where people were more often at home, we knew we needed to give them a way to celebrate the small moments that turned into big wins, without feeling like they’ve overindulged. Big League is our answer to that.”

The new beer comes as Americans are taking a stronger interest in their health and wellness amid the pandemic, without wanting to sacrifice their favorite foods and drinks, according to a new survey by Harpoon Brewery.

Top findings from the survey of 949 adults aged 21+ include: