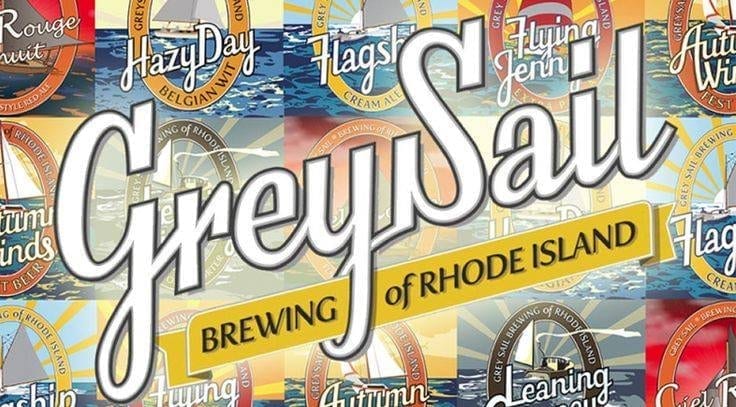 PRESS RELEASE / FEBRUARY 4, 2021 (WESTERLY, R.I.) – Grey Sail Brewing of Rhode Island (Grey Sail) is the first craft brewery in the state to implement carbon technology to capture waste carbon dioxide (CO2) emissions from its production process and reuse it on-site to carbonate its beer.  Earthly Lab’s plug-and-play carbon capture technology, called CiCi®, enables craft breweries like Grey Sail to capture waste CO2 from the brewing process equal to the absorption work of 1,500 trees each year and avoid releasing it to the atmosphere. Voluntary adoption of climate technologies like these will help Rhode Island achieve their state goals to reduce greenhouse gas emissions by 45% by 2035.

“As a local business, in a coastal community, we are committed to doing what we can to reduce our carbon footprint in all aspects of our operation,” said Alan Brinton, co-owner of Grey Sail Brewing. “This investment in Earthly Labs technology allows us to reap environmental benefits from brewing great beer.”

“Grey Sail inspires us. They took a challenge and made it an opportunity,” said Earthly Labs CEO Amy George. “In the next 15 years, Rhode Island has a goal to reduce greenhouse gas emissions by 45%. Leaders like Grey Sail Brewing who volunteer to implement climate technologies to meet this goal will be key to the state and country’s attainment.”

Grey Sail Brewing is Rhode Island’s southernmost brewery, located in the beautiful seaside town of Westerly. In 2011, founders Jennifer and Alan Brinton converted the 1920’s era Westerly Macaroni Factory into a brewhouse and taproom. The historical seaside inspired their nautical-themed Imperial Double IPA “Captain’s Daughter” and line up of over a dozen other craft beers. Customers can enjoy beer-to-go or at their taproom featuring safe seating inside private igloos, a tent or indoors. In addition, Grey Sail’s beer is distributed throughout Rhode Island, Connecticut, Massachusetts, New York, New Jersey and Pennsylvania.  Visit their website or order to-go, view their hours, or make a reservation: www.greysail.com