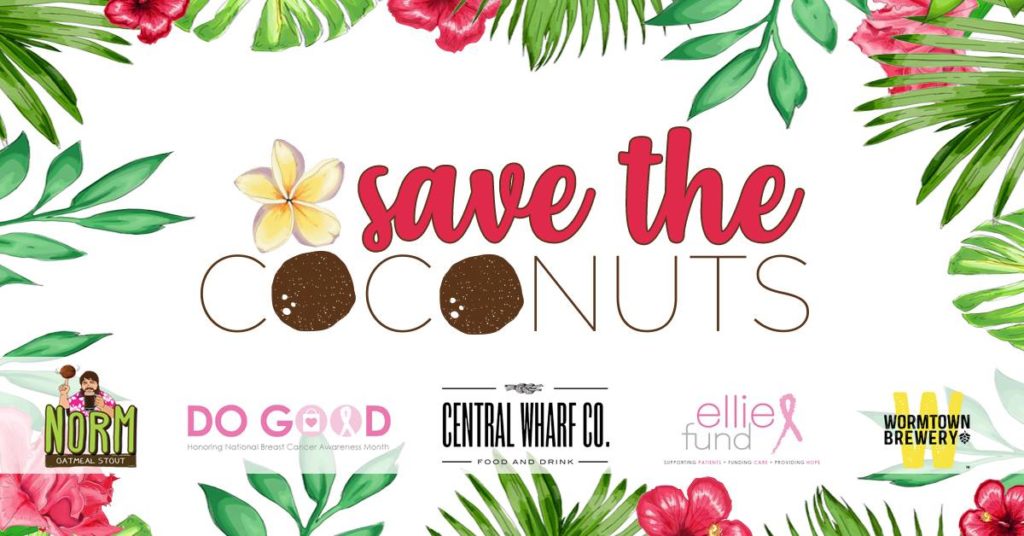 Join Wormtown Brewery for an evening of Hawaiian fun as they raise money to help Save The Coconuts!

Central Wharf Co., Wormtown Brewery and the Ellie Fund have teamed up in honor of Breast Cancer Awareness month.

100% of ticket sales will be donated to the Ellie Fund to help raise money for those affected by breast cancer.

They’re also going to have a VERY special release of Norm coconut stout with an appearance from Norm himself!

Live music by the Blue Light Bandits, complimentary apps and raffles are just a few things to look forward to!