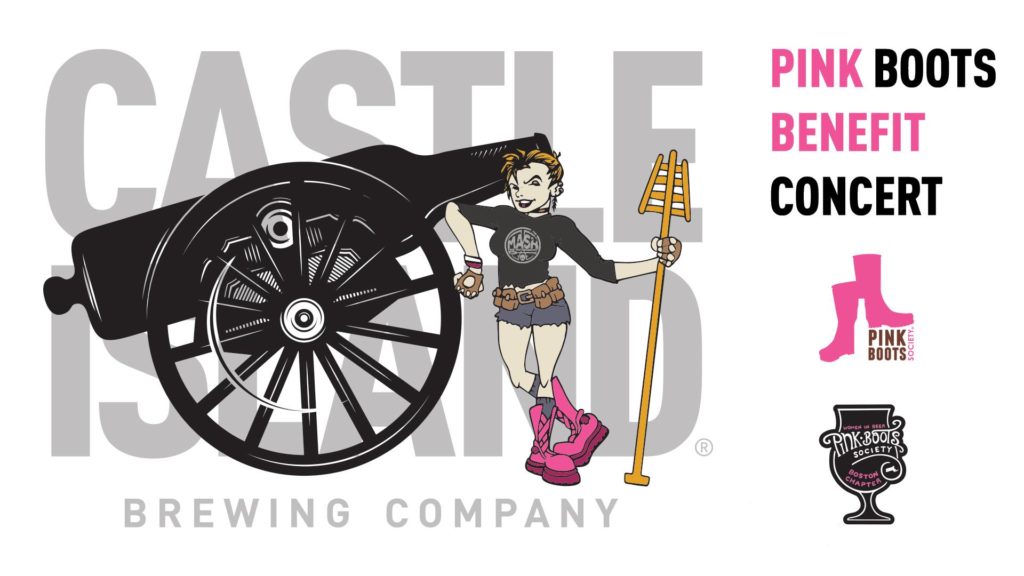 Castle Island has joined forces with Pink Boots Society: Boston Chapter to put on a rock show for the ages! Prime yourself for night heavy on music, food, and obviously, lotsa beer.

It’ll also be the first chance to try their Pink Boots collab beer, a hoppy Mexican-style lager called Camp Koala. This beer will be pouring all night, and will be available at retail so you can bring some home with ya! A few limited edition PBS glasses will also be available.

No cover, no tickets needed, no BS. However, if you’d like to support all the good Pink Boots Society is doing for the local beer scene, they will be accepting donations. They’ll also be throwing a portion of proceeds from Camp Koala’s sales their way.