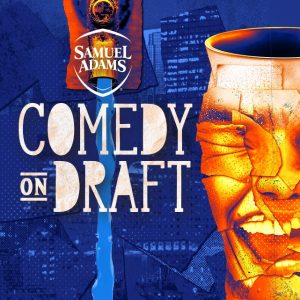 Welcome to Sam Adams Boston Taproom new monthly comedy show downtown: COMEDY ON DRAFT! These shows will be every second Thursday of the month. Their inaugural show will be Thursday Nov 11th – doors at 7pm, show at 8pm.
Taking the stage at our Taproom Beer Hall, Comedy on Draft is serving up a fresh flight of Boston Comedy in the heart of Downtown Boston. Not to be confused with an open mic night – their lineup of experienced, local comedians are ready to make you laugh! November’s show features headliner and Last Comic Standing alum and Boston Comedy Festival runner-up, Kelly Macfarland, as well as amazing local and experienced comedians, Andrew Della Volpe and Dan Crohn. More comedians to be announced!
Their MC Jimmy Dunn will kick things off for them for a killer show!
Click Here For Tickets
+ Google Calendar+ iCal Export