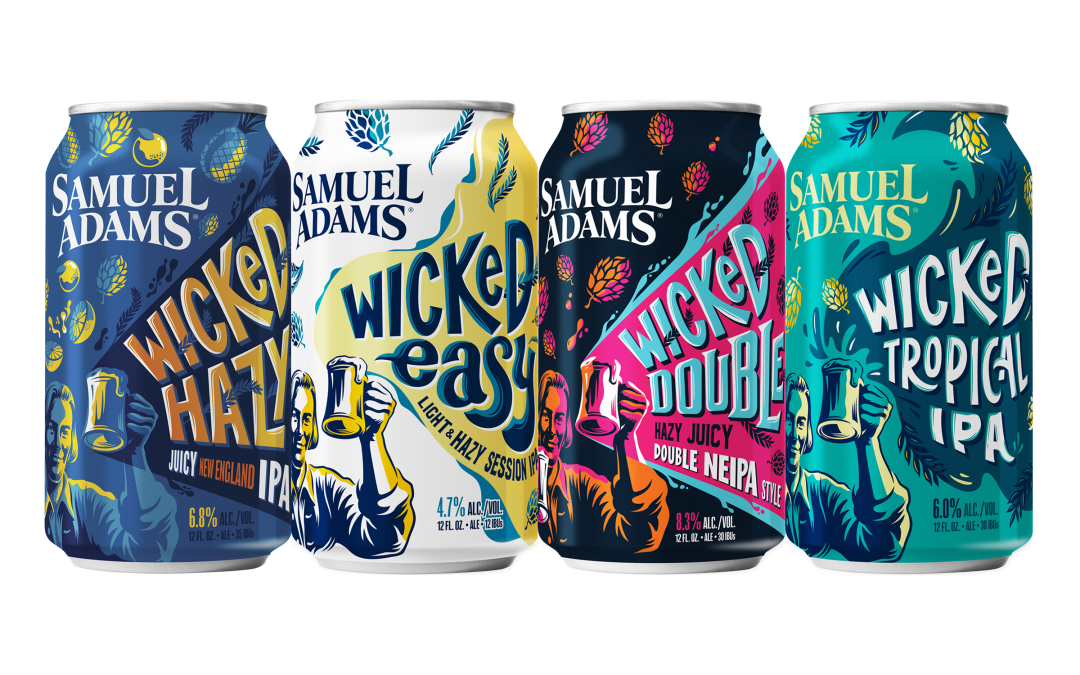 PRESS RELEASE / August 1, 2022 (Boston, MA) – You never need an excuse to drink great beer – but we’ll take any occasion we can get! With National IPA Day coming up on August 4, Samuel Adams is helping drinkers celebrate the day with an amazing range of IPA offerings. 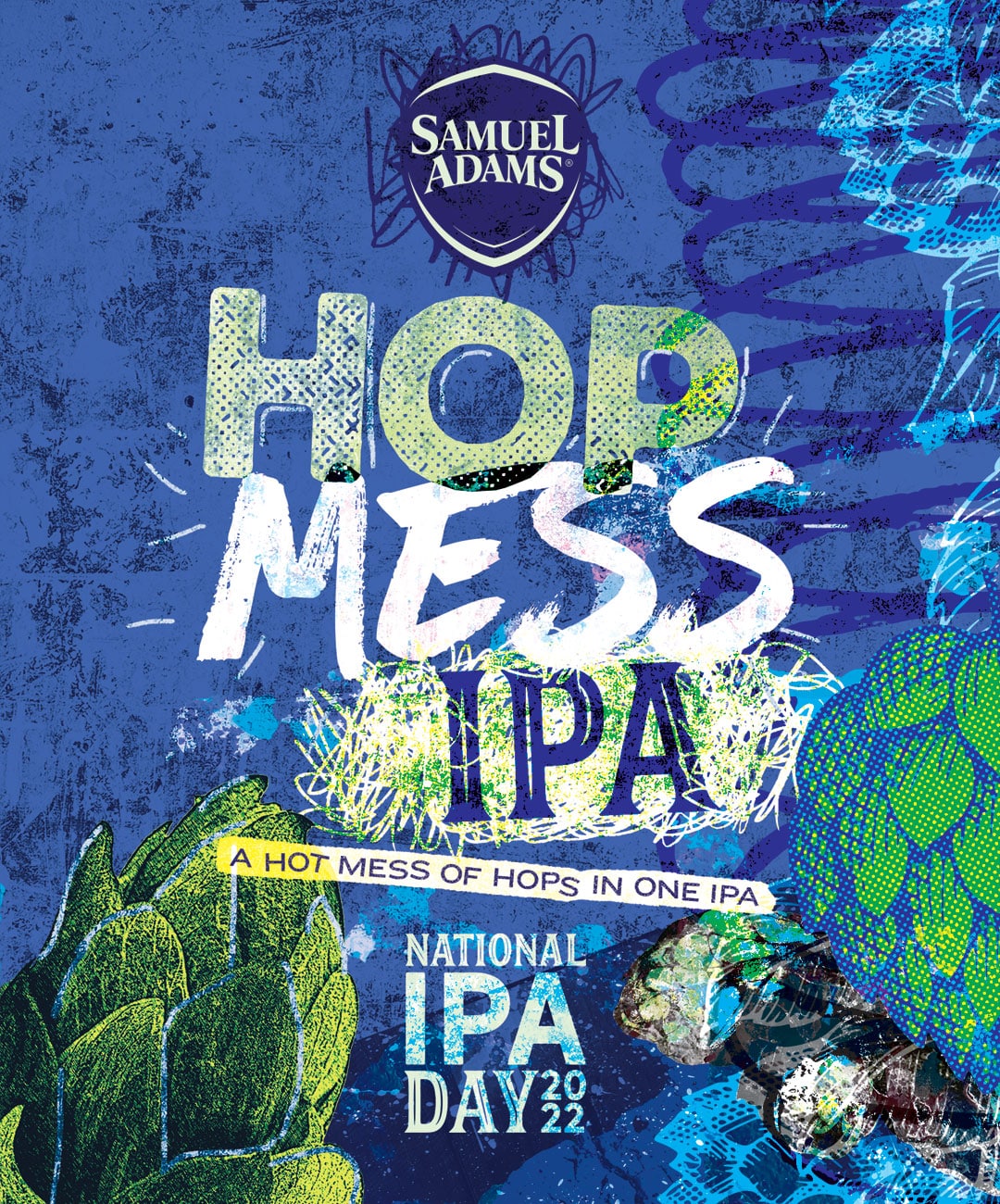 What happens when our brewers decide to throw in a little bit of all the hops in our keg cooler to create a monster of an IPA for National IPA Day? A literal hop mess! Hop Mess IPA is a cross between a New England IPA and West Coast IPA featuring lots of haze combined with heavy resin and pine notes coming from heavy dry-hopped Ella, Eukanot, Mandarina Bavaria, Lotus and Topaz hops with a 6.7% ABV.

Availability: Offered on draft and for purchase in crowlers to go exclusively at the Samuel Adams Boston Tap Room starting this Thursday, 8/4. 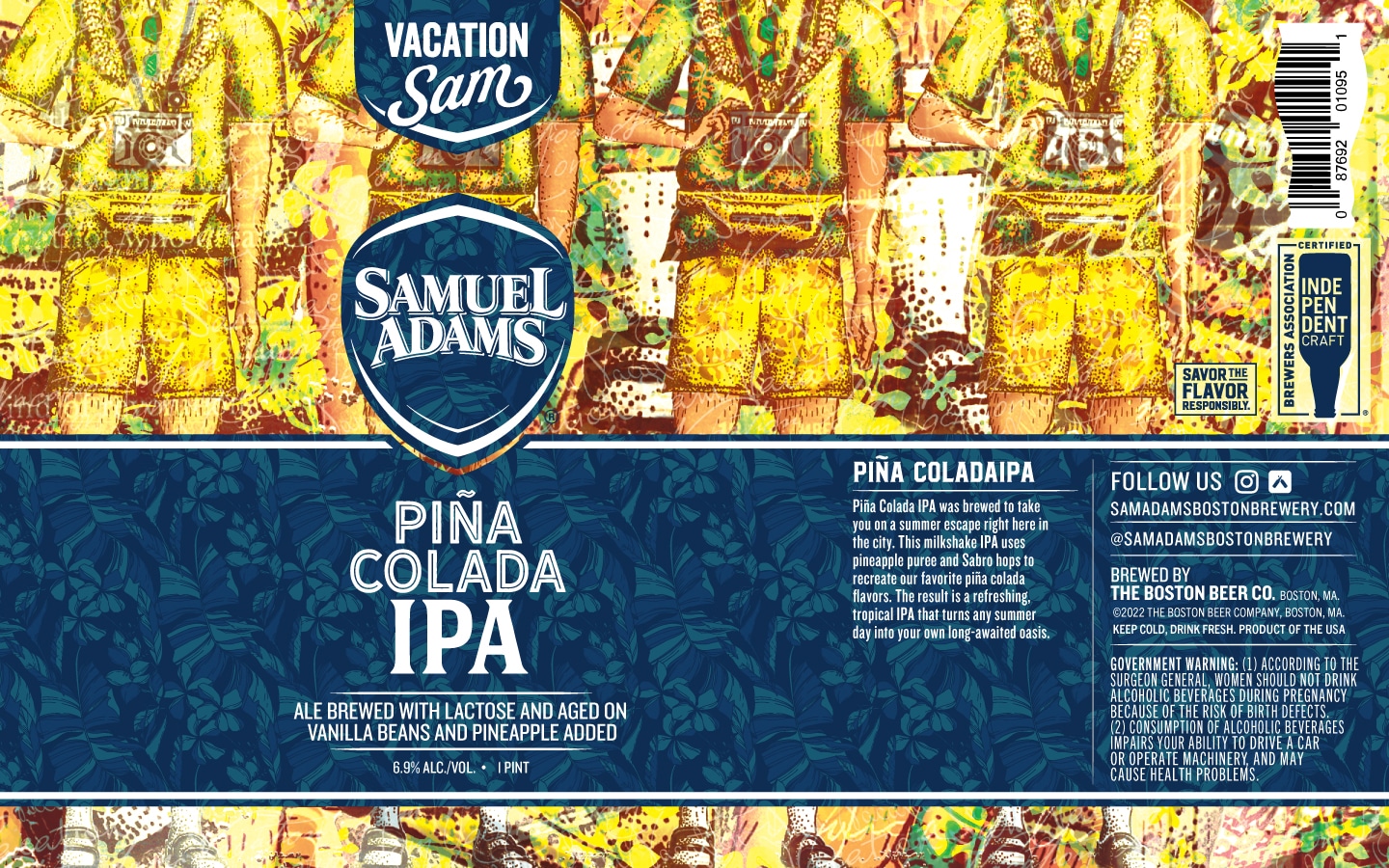 Piña Colada IPA, a continuation of the brewery’s  limited-release Vacation Sam can series, was brewed to take you on a summer escape right here in the city. This milkshake IPA uses pineapple puree and Sabro hops to recreate our favorite piña colada flavors. The result is a refreshing, tropical IPA that turns any summer day into your own long-awaited oasis.

Availability: Available on draft and in 4-packs exclusively at the Samuel Adams Boston Brewery. 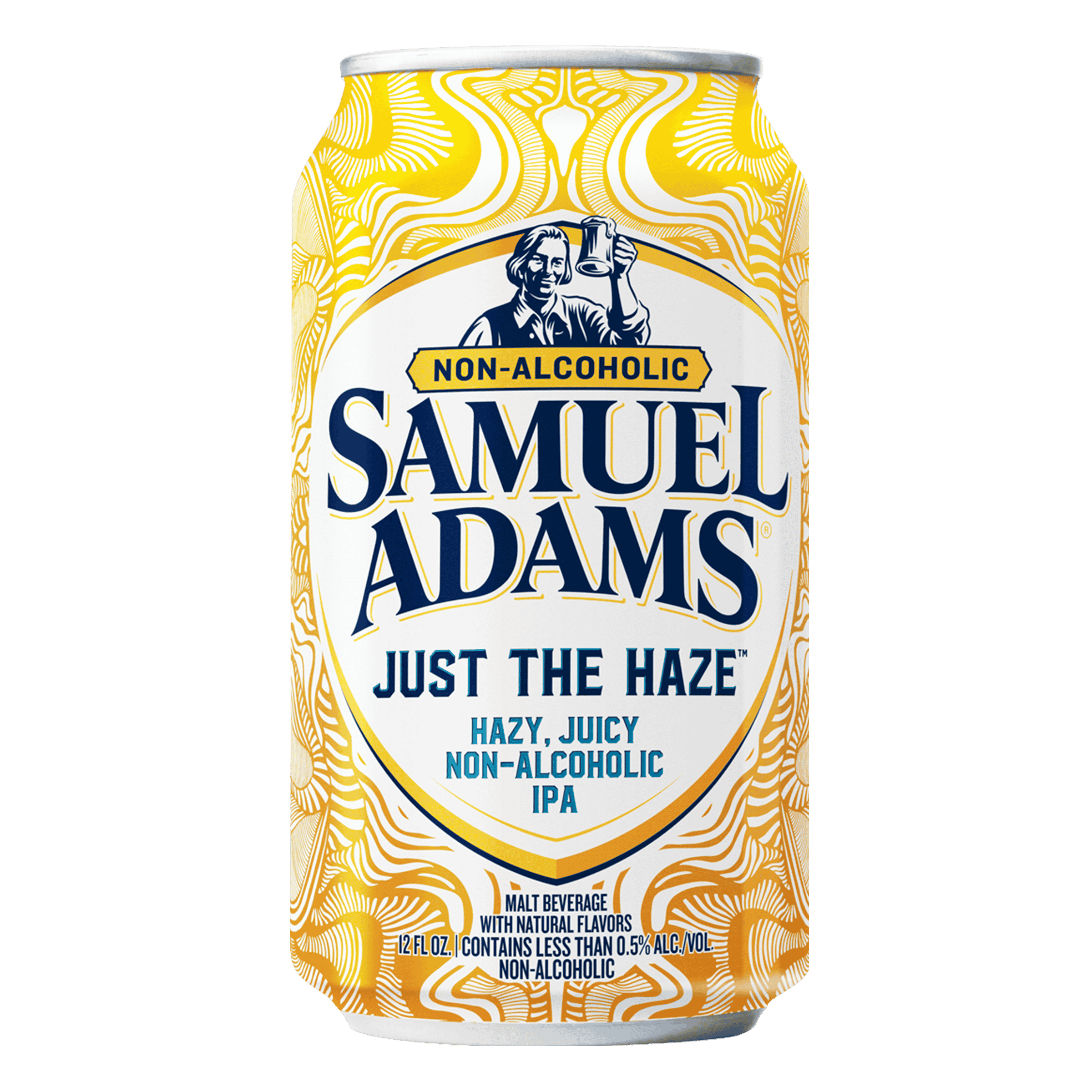 Toast the holiday with a delicious, full-bodied IPA that just happens to be non-alcoholic. Just The Haze packs an upfront citrus aroma with hints of grapefruit, tangerine and lime, complemented by tropical stone fruit notes, so you can skip the buzz without sacrificing taste. It even ranked #49 in Beer Connoisseur’s list of top beers of 2021, the only non-alcoholic beer to crack the top 100.

Availability: Offered in 6 packs of 12oz cans nationwide year round. 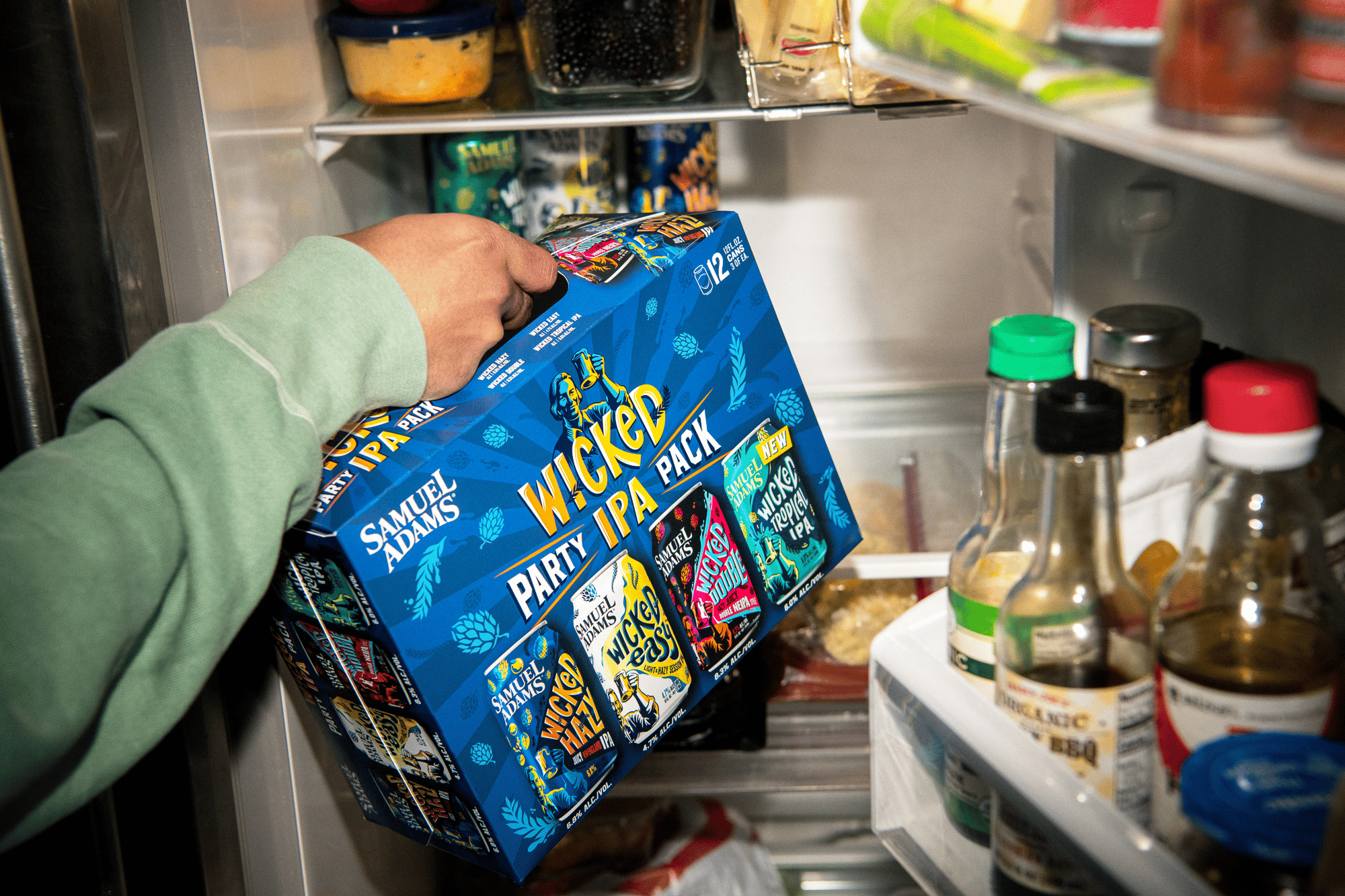 Availability: Offered in 12 packs of 12oz cans nationwide year round.