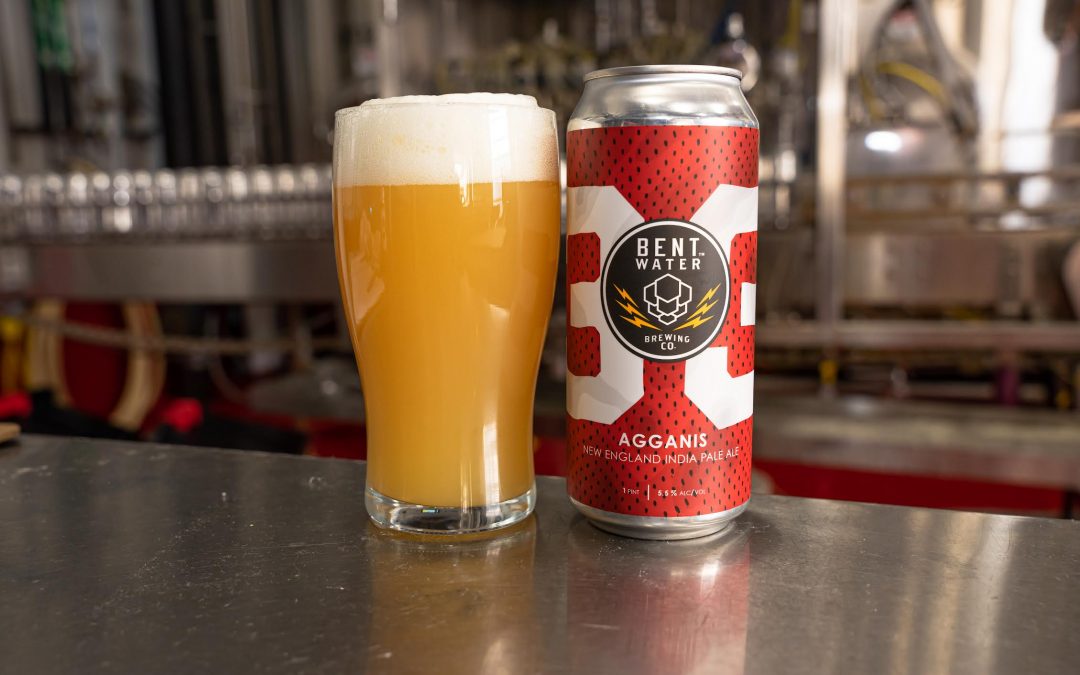 PRESS RELEASE / November 30, 2021 (Lynn, MA) – This week, Bent Water Brewing Company is releasing Agganis, a hazy New England IPA. The name is a nod to Aristotle George ‘Harry’ Agganis, a former Red Sox player and Boston University collegiate athlete who was born and raised in Lynn, and for whom Boston University’s Agganis Arena is named.

“A lot of people hear the name ‘Agganis’ and think of the arena, but the man it was named for has a great story,” says Robin Leopoldo, Communications Director at Bent Water Brewing. “He was a first-generation Greek American, born and raised in Lynn, who stayed close to home when his father died so that he could help his mother while pursuing his dreams of playing collegiate sports. That’s how he found Boston University.”

Agganis would play football and baseball at Boston University and go on to play first base for the Boston Red Sox until his untimely death from pneumonia at the young age of 26.

The beer was brewed in part to honor the athletic accomplishments of so many people, like Agganis, who have called Lynn home over the many years, as well as to celebrate Bent Water’s recent arrival to the arena on BU’s campus. It will be available for people of legal drinking age at games and events starting on Friday, December 3rd.

Agganis is a New England IPA brewed with a hop blend of Centennial, Mosaic, Meridian, Vic Secret, and Belma. Hoppy and crisp, with notes of red berries, pine, and mango, Agganis finishes with a floral bitterness and notes of citrus zest. It is 5.5% ABV, which is lower than the previous installments in the Lynn Tribute Series.

“Because this beer will be served at sporting events and concerts, we thought it made sense to have a lower ABV to fit the atmosphere a bit better,” said Zachary Nicastro, brewer at Bent Water Brewing. “We think this one is super refreshing and thirst-quenching.”

Agganis is the fifth installment in Bent Water’s Lynn Tribute Series, a rotating New England IPA that showcases unique ingredients and names that highlight stories and features of the brewery’s home city of Lynn. It will also be the final addition to the series for the remainder of the year. A portion of the proceeds will go to the Harry Agganis Scholarship Fund at Boston University, which provides college scholarships to deserving student-athletes.

Agganis will be available in Massachusetts starting this week.