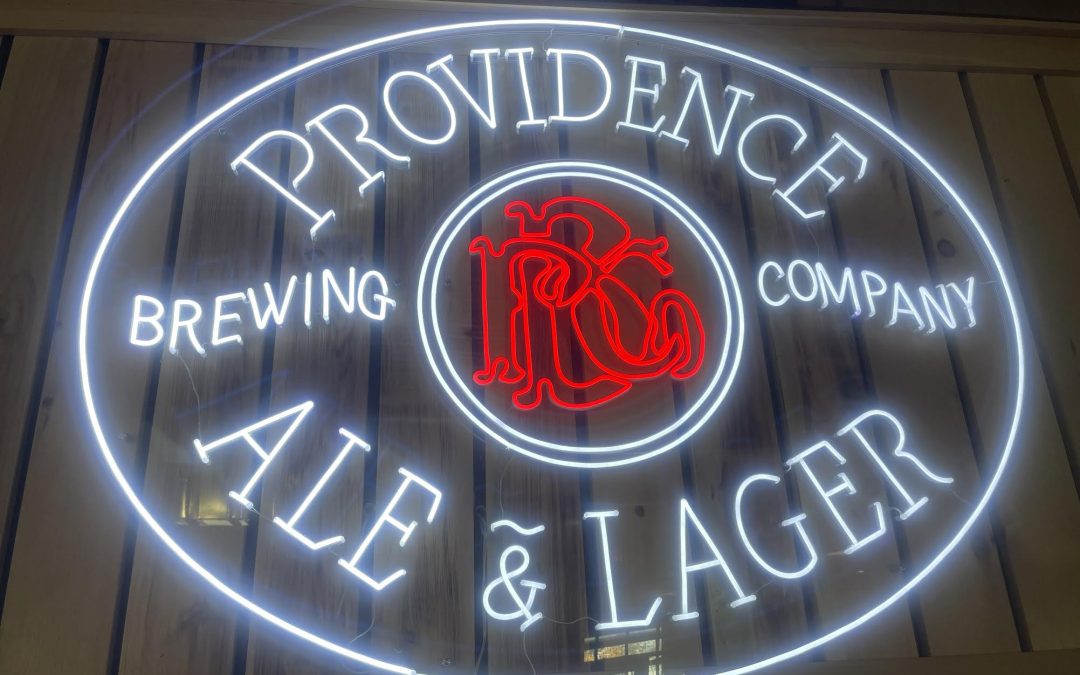 PRESS RELEASE / December 28, 2021 (PROVIDENCE, RI) – Providence Brewing Co is excited to announce the much-anticipated grand opening of its taproom in the heart of Providence’s Valley Neighborhood, scheduled for Saturday, January 8! Located in the Farm Fresh RI Food Hub building at 10 Sims Avenue, doors will open at noon at the expansive new location, bringing 16 taps of Rhode Island-made beer under one roof.

“Since the start of the pandemic, this taproom has been in the works for nearly a year, and we are so excited to share what we’ve created with everyone finally,” said Efren Hidalgo, founder, and brewer of Providence Brewing. “Beyond great beverages, we believe we’ve created a space that is inviting, welcoming, and the perfect place to experience what Providence has to offer.”

“Moving to this beautiful new location allows us to expand our taproom and brewing operations. That means we are now able to push the limits and boundaries of beverages made in Rhode Island,” said Efren. “From beer to hard seltzer and eventually soda, craft beverage enthusiasts will be able to experience and explore it all in one space!”

Showcasing the best of grains and hops grown and sourced in Rhode Island and the neighboring states, the new taproom boasts nearly 3,000 square feet of indoor space and a spacious taproom. On-site rotating food trucks, a dedicated retail space, artwork and music from local artists, and more are all part of the property’s extensive six-month buildout. Offering an exceptional lineup of year-round, seasonal, and specialty releases, the on-site brewery will also house small-batch r&d production. Plans include a shuffleboard court, movies and beer education classes, joint releases, and so much more.

Upon opening, hours for the Providence Brewing Co taproom will be Tuesday – Thursday from 4-9 PM, Friday and Saturday from 12-11 PM, and Sunday from 12-8 PM. The taproom will be closed on Mondays. This new taproom is both dog- and kid-friendly.

Crafting fresh-grain-to-glass brews from the middle of the city, Providence Brewing Company is a family-owned brewery located in the heart of Providence’s historic Valley Neighborhood, two blocks from its landmark namesake, and the city’s only renaissance brewery since prohibition. Beer is in the family’s DNA: the son of immigrant-born Efren Hidalgo, who distributed beer for La Tropical in Cuba (ca. 1950-1952), ten years before they emigrated to the United States moved to Boston. Over two generations, their love of beer has evolved into a passion for craft beer. Today, his son Efren Hidalgo II operates a 6-barrel brewhouse and nearly 3,000 square foot facility, crafting seven year-round canned beers, including the widely celebrated Battlecow IIPA, with distribution throughout Rhode Island, with plans to expand into Connecticut and Massachusetts.