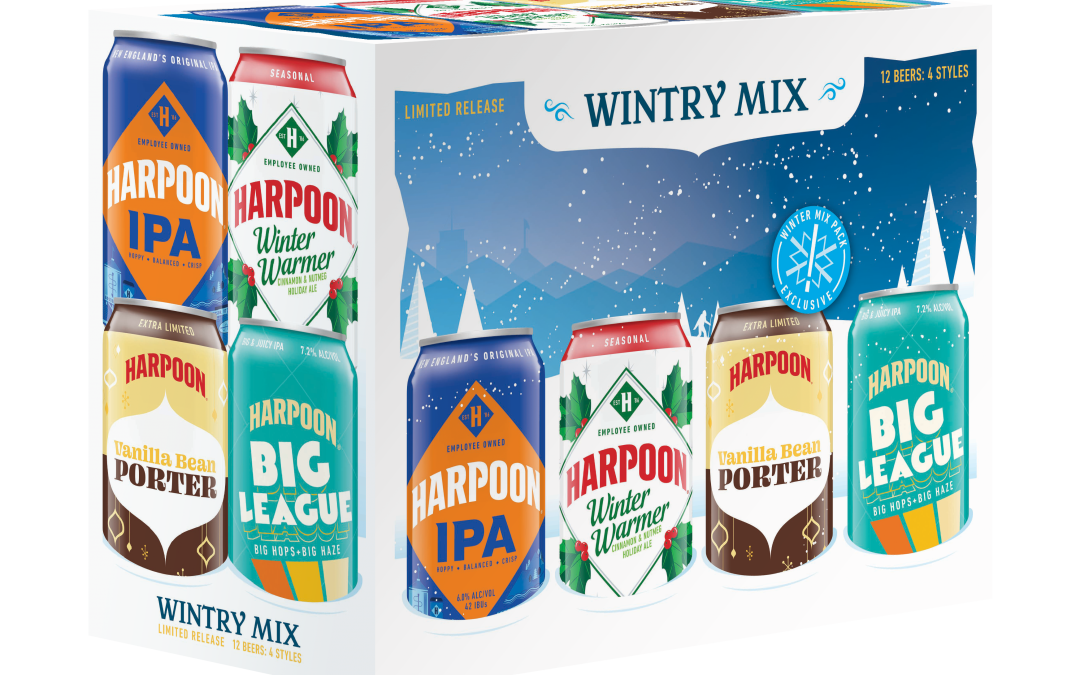 PRESS RELEASE / November 12, 2021 (Boston, MA) – As you’re planning for Friendsgiving festivities or White Elephant parties, a holiday mix pack can be a new way to offer guests seasonal beverages that go beyond cocktails or wine.

New to the Harpoon and UFO families this year are two seasonal mix packs that offer a variety of beers to leave tastebuds feeling jolly: Harpoon’s Wintry Mix and UFO’s Northern Lights. Additional details and beers included in each mix pack are below. Both mix packs will be available throughout December and retail for a MSRP of $14.99.

It’s always a good time with this Wintry Mix! Featuring a friendly and festive lineup of employee-owner-brewed beers, including two New England originals, a big and juicy IPA, and a mix-pack exclusive, this pack is sure to delight imbibers this season. 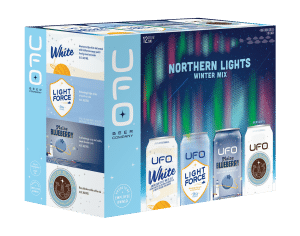 UFO is no stranger to the mysteries of the night sky, and few compare to the beauty of the northern lights. Northern Lights was the natural choice of name for UFO’s new winter mix pack that rings in the holidays and celebrates the beautiful midnight tableaus of the winter months.

We launched UFO Beer Company to challenge what craft beer could look and taste like. The year was 1998, and we were feeling aspirational. NASA was sending John Glenn back into space. The X-Files movie was coming out (Lost in Space too, but we don’t really like to talk about that). On a fateful voyage to the opposite coast, we discovered that breweries of the Pacific Northwest were serving up delicious pints of cloudy wheat beer, a new concept for American craft brewing. We couldn’t get enough of the stuff, but the style had yet to make its way to our home in the Northeast. Life had given us lemons, so we rolled up our sleeves, sliced them up, and garnished our first beer with them—a cloudy hefeweizen called UFO.