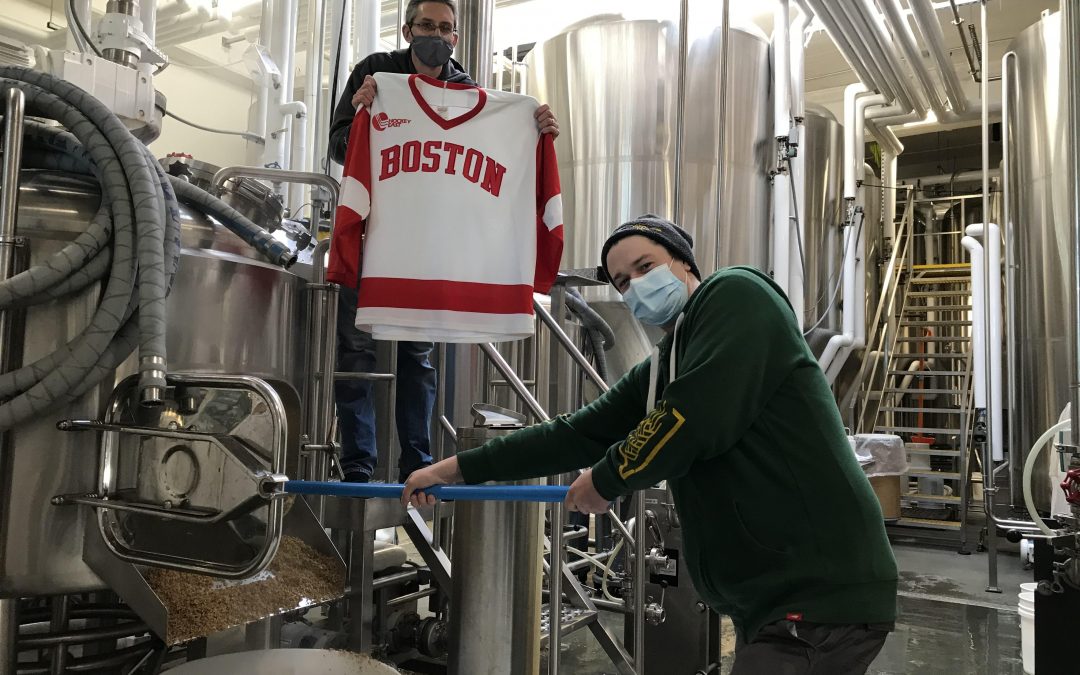 PRESS RELEASE / March 25, 2021 (Dorchester, MA) – On October 29, 2020, the local sport community and worldwide hockey family lost a great athlete. Travis Roy, whose hockey career at Boston University was cut tragically short due to a devastating injury, passed away. To honor his memory, Dorchester Brewing has teamed up with Wormtown Brewery to create a beer in his honor and help to raise funds for the Travis Roy Foundation, which is dedicated to helping spinal cord injury survivors.

Because we knew Travis was a fan of IPAs, we brewed a Red IPA to honor the school colors at BU and used Blue Ox malt from Maine and spruce tips, as a nod to Travis’ home state. The beer, aptly named “24”, Travis’ retired hockey jersey number, will be released in early April to coincide with the start of the NCAA Men’s Frozen Four Hockey Tournament and $1 from every glass sold will be donated to the Travis Roy Foundation.

Dorchester Brewing will feature this beer in their Mass Ave taproom, and Wormtown will have it on draft in both their Worcester and Foxboro locations. Stay tuned for the release date when you can come raise a glass in Travis’ honor.

Dorchester Brewing Company is a partner brewing facility with a public Tap Room serving partner and in-house brews, cider and wine on tap in Boston, MA. DBco was created by a team of Boston professionals in 2016 with an unnatural love of craft beer, to meet production demands for the local craft beer industry while supporting the economic development of Dorchester. Since 2016, we have been thrilled to be part of such a wonderful welcoming community in Boston. In 2020, we expanded our Tap Room space to include our Hopservatory, our 4 season Rooftop Greenhouse, a Game Room, Restaurant and More, while continuing to help other brewing partners to increase their beer production.

At Wormtown Brewery, we are committed to brewing world-class beers using locally sourced ingredients regardless of cost. Our motto “A Piece of Mass in Every Glass” means our beers are crafted with the freshest ingredients for the freshest beer. This dedication to quality over quantity has earned us over 180 awards worldwide for a vast collection of recipes; but if it’s a premier IPA you are looking for, we know how to make you Be Hoppy®!
With two locations, in the heart of Worcester and Patriot Place in Foxborough, we cordially invite you to visit us, embrace the triple decker attitude, and share in new experiences using the original social network: BEER.