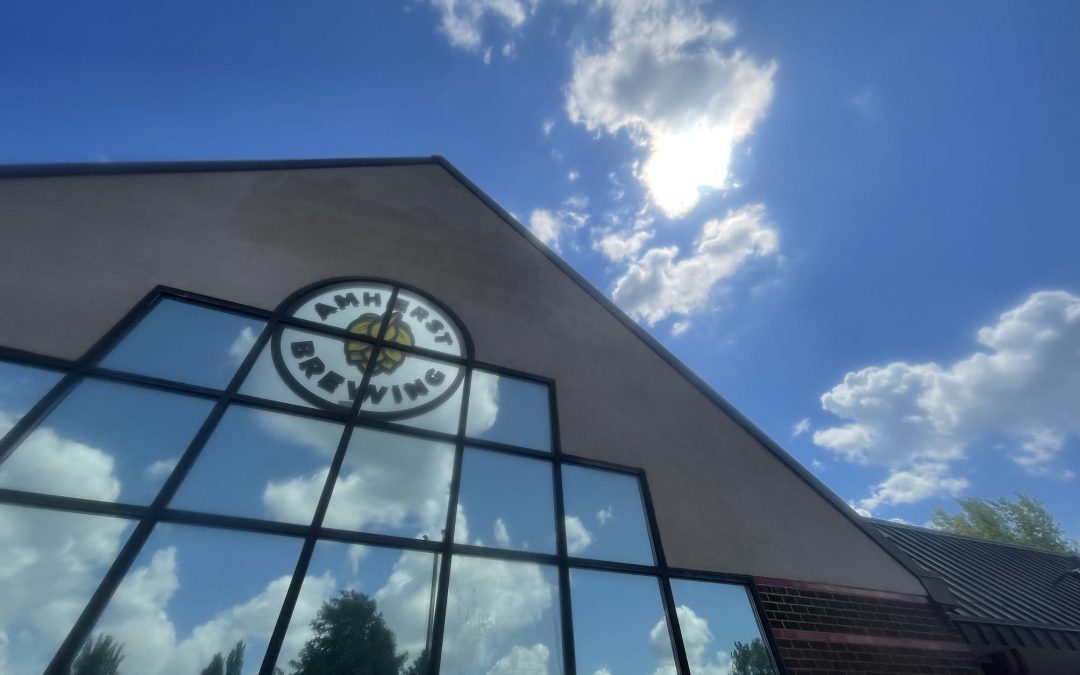 PRESS RELEASE / August 17, 2022 (Amherst, MA) – This Friday, August 19th, beginning at 4pm, Amherst Brewing, will be celebrating their 25th Anniversary in their new taproom located directly inside The Hangar of Amherst, 10 University Drive, Amherst MA, 01002. Bringing back one of the original beers, Cascade IPA. Coming in at 6% abv, brewed with hand-picked spruce tips, Four Star Farm Cascade Hops, and Valley Malt Wheat. Enjoy pints of the iconic IPA for only $3, and pitchers for $11 while it lasts. Cascade Growler fills will be ready on deck for only $10 to bring home. Raffle tickets will be handed out with prizes including a free Mug Club membership(value of $50), old school Amherst Brewing Company gear, Hangar gift cards, new Amherst Brewing merch, + much more. A DJ will be on site with vinyls pertaining to a lot of music that was popular when the brewery first opened in the late 90s. $3 pints will also be available at every Hangar pub and Grill beginning this Friday. 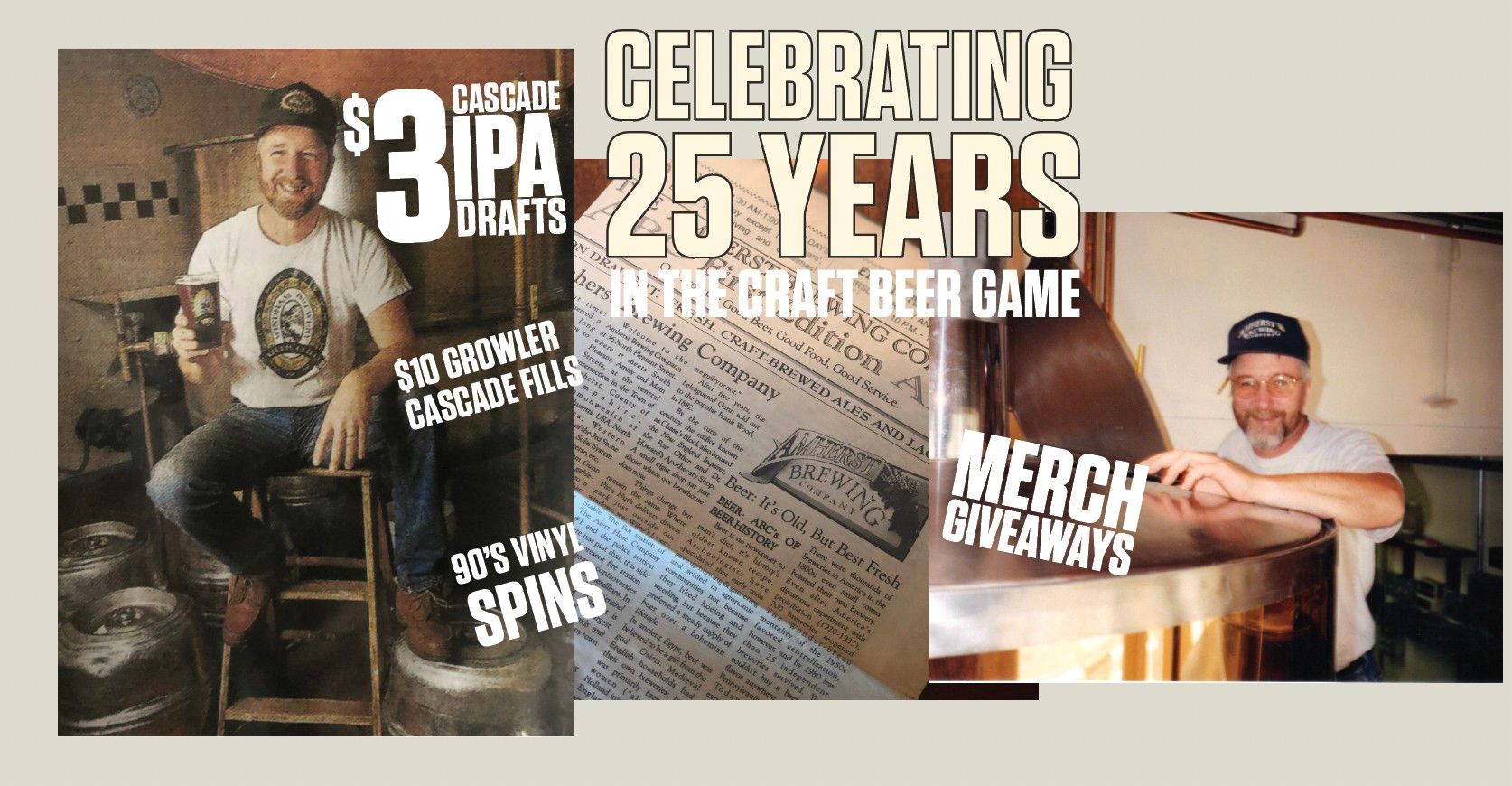 In August of 1997, Founder and retired Master Brewer, John Korpita opened the doors to the Amherst Brewing Company in Downtown Amherst. Over the last 25 years, Amherst Brewing has evolved to become one of the most successful and highly rated local breweries in the area, with a roster of over 125 small batch beers, churning out roughly 111,600 gallons of craft beer each year. Distributing throughout the entire state of Massachusetts, chances are you can find their flagship IPA, JESS, just about anywhere.

In 2015, The Hangar Pub acquired the brewery where it is now located at the Hangar of Amherst. Since then, The Hangar Pub now has six locations, one in every Western Mass county where you’ll find plenty of extremely fresh Amherst Brewing beers on draft. The craft beer process is rooted in decades of small batch experience built on a solid foundation of traditional beer making with an experimental approach. Designing beers that can be appreciated on their own but can also be enjoyed with food at any Hangar Pub.